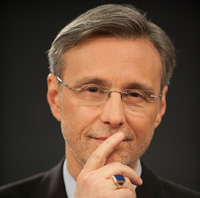 Interview with Thom Hartmann, Radio Host and Author of “The Hidden History of Guns and the Second Amendment”

“Those who fail to learn the lessons of history condemn THE REST OF US to repeat it.” — Swami Beyondananda

Back in the 1960s, black power activist H. Rap Brown famously proclaimed, “violence is as American as cherry pie.” This week’s guest on Wiki Politiki, Thom Hartmann, shows us how and why this is true, so true.

At a time when the gun issue in the United States is front-and-center, and two competing narratives contradict each other, Thom Hartmann – a political “uncommontator” and contextualizer extraordinaire has sprayed the issue with “de-mystifier” in his latest book, “The Hidden History of Guns and the Second Amendment”.

Guns were part of our political legacy since the day Columbus landed, and since the first slaves were bought to the new world from Africa. As part of the “doctrine of discovery”, the conquistadors were given carte blanche by Pope Alexander to kill, rape, exploit and plunder non-Christian people who were deemed less than human. In his second visit to Hispaniola, Columbus made 1,600 local villagers slaves at the point of a gun. In 1992, historian David Stannard estimated that some 100 million Native peoples had been killed through murder, disease and starvation since they had been “discovered”.

Likewise, as Thom points out in great detail, guns were used – arming whites and disarming blacks – to guard against slave rebellions, and then after the Civil War, to take power away from blacks and restore white supremacy. In modern times, when Obama was elected in 2008, there was a run on ammunition, as the rumor spread that this black man was going to take away the white man’s guns.

Join us for a lively conversation that unwraps and unravels America’s love affair with guns, and how we’ve become armed and dangerous – to ourselves, mostly. Thom also has some practical and uncommonly commonsensical solutions that bring clarity out of obfuscation.

For those who don’t know Thom Hartmann, he is a lifelong learner and wise teacher, whose books range from fossil fuels (“The Last Hours of Ancient Sunlight”) to Thomas Jefferson and the founders of America, to “attention deficit disorder”. He is a progressive national and internationally syndicated talk show host. Talkers magazine named him America’s most important progressive host and has named his show one of the top ten talk radio shows in the country every year for over a decade. A four-time recipient of the Project Censored Award, Hartmann is also a New York Times bestselling author of twenty-four books, translated into multiple languages.

Our conversation will touch on many issues – including how to “overgrow” the influence of money in politics, and how best to frame the gun issue so that we the people can successfully “fire the first Big Shot” in 2020.