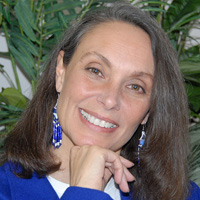 “We need to shift focus from the ‘identity issues’ that keep us separate to the IDENTICAL ISSUES that unite us — clean air, clean water, clean food and clean government.” — Swami Beyondananda

While Brett Kavanaugh was rightfully outed as a privileged, self-entitled, frat-rat sexual predator, as usual the Democrats stopped short of seeing the big, big picture — that the abuse of women, abuse of power, abuse of wealth and abuse of the natural world is all traceable to a Papal Bull issued in the 1450’s known as the “Doctrine of Discovery” (https://wikipolitiki.com/revealing-and-revoking-the-doctrine-of-discovery-from-domination-to-reverence/).

This document (you can hear more in the Wiki interview with Steven Newcomb and Shawna Bluestar linked above) essentially gave “white male Christians” the “official” MANdate to dominate, exploit, subjugate, enslave and kill all nonwhite non-“Christians” and take their lands. Hard as it is to believe, this document that is more than 500 years old has been used by our own US Supreme Court to justify abrogating treaties with Native peoples!

Our guest this week, Misa Hopkins is an advocate for the “sacred feminine” who appreciates — thanks to her own Native American ancestry and connections with indigenous peoples worldwide — not just the exploitation and domination of women and women’s wisdom, but the exploitation of and extraction from the natural world.

Misa Hopkins is the author of the bestselling book series, Sacred Feminine Awakening, and is the Spiritual Director at SacredFeminineAwakening.com. The Guardian of a Sacred Native Path in the Feminine, she has had mystical initiations in feminine and masculine energies, and has been given the sacred names Amma (Mother) and Morning Star (Venus). Misa’s life and work is dedicated to facilitating the personal and planetary healing that comes with Sacred Feminine awareness.

Her mission is to help women find their sacred feminine AND facilitate men finding their own spiritual identity so that instead of the “he said / she said” yelling matches on the battlefield, the sacred feminine and sacred masculine work together as dynamic duo dance partners.

Misa offers insight into how women are awakening to a deeper identity than is offered by contemporary feminism, and how these new ways of thinking, feeling and experiencing are impacting relationships with men. This awakening has led women to embrace new priorities that go far beyond the #METOO domain.

She and her partner Jeff Burger were living in Charlottesville at the time of the protest riots last year, and she has a unique and comprehensive perspective on what really happened — and the misunderstandings that led to the death of Heather Heyer, who was protesting the alt right rally.

If you’re curious as to how a new sacred feminism is informing a new generation, please join us.

Misa Hopkins can be found online at https://sacredfeminineawakening.com/