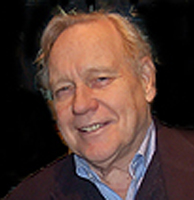 “The truth shall upset you free.” — Swami Beyondananda

This week on Wiki Politiki, we commemorate the 50th anniversary of Martin Luther King, Jr.’s assassination.   And in the true spirit of “apocalypse”, we lift the veils both on the awful truth and the awesome opportunity.

The awful truth is that MLK wasn’t killed by the alleged assassin James Earl Ray, but was brought down by the FBI, the Memphis police, and other government agencies. How do we know? Because William Pepper, attorney for the King family, presented the case at a US Court in Memphis in 1999. The depositions, testimony and other evidence provided caused the jury to decide — after deliberating less than an hour — that indeed this was the case, and James Earl Ray was an innocent “patsy”.

Why doesn’t everybody know this?

On this week’s Wiki Politiki, we shine a light on the dark perpetration that snuffed the life of America’s political and spiritual conscience … and we shine a light ahead of us as to how we can embody Martin Luther King’s legacy so that it is unstoppable.

First, we replay an interview with William Pepper I did a year ago where he tells the amazing story of how and why the lawsuit was brought, what he showed that convinced the jury, and how the story has been squelched for nearly twenty years. Then we talk with Pepper’s agent and representative Byron Belitsos about the latest developments in revealing the truth, and the story behind this week’s Washington Post story that gives at least partial credence to Pepper’s research.

Finally, we talk about the healing where we can now collectively — in YUGE numbers — embody, animate, and finally establish the dreams and visions of Dr. Martin Luther King, a nation based on love with liberty and justice for all. With the vast majority of us embodying these “King-ly” virtues, we can inaugurate the “Queendom of Heaven” where the feminine values of nurturance, care for Creation and kindness to others predominate over the dominator, and love prevails.