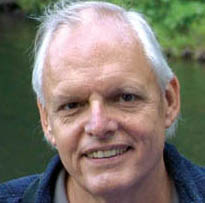 A Conversation with Timothy Nobles, Author of MORE THAN ENOUGH

“I consider myself an optimistic realist — to me, the glass isn’t 95% empty, it’s 5% full.” — Swami Beyondananda

As a follow-up to our conversation with David Korten last week in regards to what the Chinese call “an ecological civilization”, this week’s guest Timothy Nobles challenges conventional and even unconventional wisdom by asserting:

We have much more than enough capability and resources for all of us humans to live in graceful abundance, with no one who is now prosperous needing to revert to a less soul-satisfying lifestyle. Simultaneously, we have more than enough of everything we require to rapidly convert to a skillful symbiotic relationship with the Earth and with all other life forms on Earth that we can sustain for hundreds of millions of years.

Just about everyone else who is paying attention is lamenting how UNSUSTAINABLE our current system is, and how even the most optimistic projections conclude human society will have to live with more scarce resource. According to Global Footprint Network, we currently use the equivalent of 1.7 earths worth of resources. So where will this “graceful abundance” come from?

An engineer by training, Timothy says it will come from radically reapportioning and re-purposing what we use now, on the basis of a new (or maybe old) rule for humanity: The Golden Rule.

While that might sound idealistic, Timothy’s life experience is very much in the “real-dealistic” realm. He lived for ten years on The Farm, one of the largest and most effective experimental communities that emerged from the spiritual revolution of the 1960s. After leaving The Farm, he worked for many years in the R&D laboratories of the world’s largest technology companies, including IBM, Intel, and Texas Instruments. His web site is MoreThanEnoughNOW.org

In his playfully illustrated and well-reasoned soon-to-be-released book MORE THAN ENOUGH: How We Enroll Billions of People to Implement Global Prosperity and Restore the Earth, Timothy cheerfully and relentlessly offers plenty of evidence of our capabilities — not just as technologists, but as caring and compassionate humans. For the first time in recorded human history, he asserts, we have the means to self-organize in a “non-dominational” way … and to experience true equality and individual and societal fulfillment.

Is he a hopeless hopium addict or is he on to something?