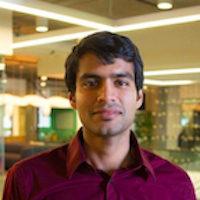 In the wake of the most contentious presidential election of our lifetime … there has indeed been an awakening.

There has been a subtle yet world-changing shift toward what we are calling political climate change – warmer hearts and cooler heads. Even in selecting Biden over Trump, there was an affirmation of the politics of connection and collaboration over the politics of domination and separation.

This politics of unity cannot pretend we all agree. Rather it involves finding ways to turn the dueling dualities of progressive and conservative into dynamic duo dance partners. In November, we interviewed transpartisan visionary and activist Mark Gerzon about a new documentary based on his book, The Reunited States Of America: How to Bridge The Partisan Divide.

Mark served as a consulting producer and also appears in the film. It is directed by Ben Rekhi and produced by Raj Krishna. It features Steven Olikara, of the Millennial Action Project; Greg Orman, an independent politician who ran for Governor of Kansas in 2018; and David and Erin Leaverton, who took a road trip to all fifty states with their three kids in an RV in an effort to understand why our nation was hurting.

The documentary was produced by Van Jones and Megan McCain, a Democrat and a Republican. The film was well-received both at the Cinequest Film Festival and the Atlanta DocuFest and the United Nations Association Film Festival.

The film was released last month and we are delighted to have the producer of that film, Raj Krishna, as our guest today.

Raj Krishna is the founder of California Studios, a Silicon Valley-based development company focused on producing content exploring international stories and social justice issues. Raj sold his first short film My ‘Friend’ Mick to ShortsTV in 2019; his India-based film Knock Knock Knock was sold to Mubi in 2020; his directorial debut film Padmavyuha premiered as the opening night gala film at the International Indian Film Festival of Toronto (IIFFT) in August 2020; and his documentary project, The Reunited States, will be released in 2021.

If you are curious about the bridges being built for cooperation, collaboration and functionality, please join us.