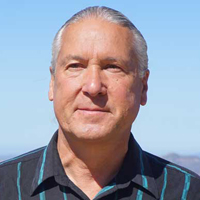 In the wake of the “woke” culture and Black Lives Matter movement, there has been much focus on white privilege, and how the lives of privileged white people differ radically from those of people of color. While all this is undoubtedly true, and those people continue to suffer “micro-aggressions” from unconscious white folks, it’s the MACRO-AGGRESSION that nobody wants to talk about.

That macro-aggression is the dominator meme that we conveniently mistaken for “the way things are” that impacts us all, reflecting the domination exploitation paradigm that permeates every institution in our society. And while the Doctrine of Discovery stems from the Papal bulls issued in the 15th century giving white conquistadors the right to rape, pillage and massacre non-Christian people, it goes back further than that. In fact, we might look at the Inquisition as the perfect example of “white-on-white” crime. Domination is a fundamental theme of patriarchal religion, as well as secular scientific materialism focused on the 3 M’s: Materialism, Money, and the Machine.

Our guest this week, Native American legal scholar Steven Newcomb, has been with us before. Today, he is here to go deeper into this pervasive paradigm, to help us address three key questions: What’s so? So what? Now what?

Steven Newcomb (Shawnee, Lenape) is one of the world’s leading scholars on the Doctrine of Discovery and Domination, as well as the author of the best-selling book Pagans in the Promised Land: Decoding the Doctrine of Christian Discovery (Fulcrum, 2008). He is a co-producer of the documentary movie, “The Doctrine of Discovery: Unmasking the Domination Code,” directed and produced by Sheldon Wolfchild (Dakota), with narration by Buffy Sainte-Marie (Cree). In 1992, Newcomb, along with Birgil Kills Straight (Oglala Lakota) founded the Indigenous Law Institute and began a global campaign to call upon the Holy See to revoke the Vatican papal bull of discovery and domination of May 4, 1493. That campaign has developed into a worldwide movement. Here is a photo of him face to face with Pope Francis, asking him to revoke the bull.

If you’re ready to go deeper into the “race issue” to address the “human race issue”, please join us.

To find out more about Steven Newcomb and the Doctrine of Discovery, please go here: https://originalfreenations.com/