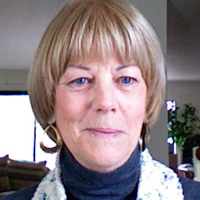 SWAMI’S DICTIONARY – Thrival: The stage beyond survival where we all weave a web of mass-construction and reap a “world win”. — Swami Beyondananda

There’s a famous joke purportedly told by a Soviet delegate during a meeting to discuss trade between the two countries during the Cold War Era:

What’s the difference between capitalism and communism?

In capitalism, man exploits man. In communism, it’s the other way around.

The 20th century offered up plenty of evidence that — given human nature, and the nature of the “dominator virus” that has dominated human affairs for the past 5,000 years — despite the best intentions, neither system has created social justice or sustainable economic well being.

The problem with any ideology is, while it might be a helpful place to be “coming from”, it doesn’t allow the flexibility required when we’re ready to stop defending positions and begin actually solving problems.

That brings us to this week’s program featuring the Mondragón Cooperativesin the Basque region of Spain. Writes Georgia Kelly, our guest this week:

It seems that Mondragón has taken the very best ideas from both capitalism and socialism and created a hybrid that supports people, as well as their ideas, health, education, personal development, and society. Whatever one calls it, it works. And, it works better for more people than any other economic system today.

And ironically, this “hybrid” that can look suspiciously like “socialism” was hatched by a Catholic priest in the mid-1950s during the Francisco Franco right wing fascist regime. Based on a philosophy of human values, respect, and equality, the mission of the Mondragón Cooperatives is to “create wealth within a culture, to foster a people-centered society instead of a capital-centered society, to honor work with dignity, and to limit the number of work hours.” Mikel Lezamiz, the recently retired Director of Dissemination at the Mondragón Cooperatives Corporation, said “People are the core, not capital. This is the main point. If capital has the power, then labor is simply its tool.”

Producing everything from computer chips and bicycles to elevators and auto parts, the Mondragón Cooperatives is the tenth-largest Spanish company and the leading business group in the Basque country. At the end of 2014, it employed 74,117 people in 257 companies and organizations in four areas of activity: finance, industry, retail and knowledge.

If you’re curious as to why and how this business has become so successful, and ways that their lessons and ideas can be applied in other places, like the USA, tune in to our interview with Georgia Kelly, who has visited Mondragón numerous times, and leads annual tours there.

If the name Georgia Kelly rings a bell, it’s because this is the same Georgia Kelly who was a world-renowned harpist, composer and recording artist in the 1980s and 1990s, whose albums have been listed in Billboard’s top ten in Classical Crossover and New Age charts. Currently she is director and founder of Praxis Peace Institute whose mission is to produce “cutting-edge educational programs that address the structural problems impacting social and political decision-making.” In addition to annual excursions to Mondragón, Georgia via Praxis has produced conferences in Dubrovnik, Croatia and most recently in Sonoma, California.

Join us this Tuesday, January 30th as we explore a workable model to “we-distribute” wealth and replace “trickle down” with “bubble up.”