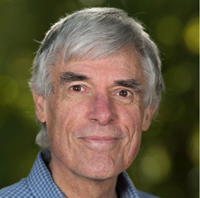 An Interview with Andrew Gaines, Founder of The Great Transition Initiative

In these times of great crisis and opportunity, there’s an idea that has gotten ahold of me that I call “The Eisenhower Moment”. Nearly 60 years ago, President Dwight D. Eisenhower said, “I think that people want peace so much that one of these days governments had better get out of the way and let them have it.”

As more and more of us are coming to understand, “peace” means more than an absence of war — although that would be a terrific beginning. Peace means the end of domination, one over the other. It means fundamentally adopting and applying the Golden Rule. And more apparently than ever before, it means living in harmony with the natural world.

As the crises — ecological, economic, political, social and spiritual — seem to all be arising at once, maybe we are at that moment where a critical mass of the heretofore uncritical masses can speak in one coherent voice and say, “We want THIS.”

Certainly we have the means to communicate ideas and memes instantly across the globe, and nearly two thirds of the humans on the planet have a cell phone or personal device. That means that “humanity” can be mobilized around an idea or issue almost instantly …

Would it make a difference?

Perhaps it’s the only thing that will.

Our guest this week, Andrew Gaines, an Australian visionary, activist and systems thinker has dedicated his life to bringing about such a “movement of movements.”

He is a co-leader in the Great Transition Initiative – a citizen led educational movement to inspire mainstream commitment to transitioning to a life-affirming culture.  Through a personal epiphany he became committed to the wellbeing of coming generations. Andrew recognizes that the long-term survival of humanity is in jeopardy, and he embraces the adage to change the system, change the thinking. As a Feldenkrais practitioner, psychotherapist and creativity trainer he is well-positioned to act on this adage. He sometimes says, “I help good brains work better.” His books include Kitchen Table Conversations, The Witness: Gateway to Self-Development, and Creative Conversations. He is trained in improvisational acting, Aikido, Tai Chi, and The Natural Step, a way of working out whether a business or a country is ecologically sustainable. He is a former naval officer with a degree in philosophy.

One of the problems in addressing climate change — and other massive issues confronting our entire species — is that our tendency is to try to fix things around the edges, so that we can keep things “normal.” The problem is, that things are changing so rapidly that we cannot go backward to previous ideas of normal. We are being pulled forward into the unknown, like it or not. As Andrew points out, the climate crisis cannot be addressed, let alone resolved, by tweaking things around the edges. A systemic transformation is needed.

So … how can that transformation come about — other than by utter collapse of the system as it is?

How can the people of the world be mobilized, not just to rail in anger but to work together toward practical, breakthrough solutions?

How do climate change educators break through the walls created by the two “drugs” of “hopium” (imagining things will just get better on their own) and “deniatol” (problem? what problem?) to mobilize our individual and collective creativity and focus?

If you’re curious, tune in to find out.

To find out more about The Great Transition Initiative, please go here http://www.inspiringtransition.net/about-gti