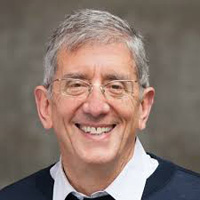 A Conversation with Author and “Mission Venture Capitalist” Joel Solomon

“In our current system where ‘ethic cleansing’ has been rampant, ‘clean money’ is money that’s been laundered at least twice.” — Swami Beyondananda

Clean money and filthy lucre — is there a difference?

Yes, says our Wiki Politiki guest this week, Joel Solomon, who calls himself a “mission venture capitalist”. He is the author of a new book The Clean Money Revolution: Reinventing Power, Purpose, and Capitalism, and is the chairman of Renewal Funds, one of the largest mission venture capital firms in North America, investing $98 million in entrepreneurs with organic food, green businesses, and social policies.

Is capitalism a failed and obsolete system? Or can it be used to leverage (oops, I mean “loverage”) our resources more resourcefully and use our intelligence more intelligently? Can we return (advance) to the Native Americans’ notion of making our decisions as if they impact seven generations back and seven forward? How can use our financial resources to restore our water, air, soil and food when so many forces are degrading them? Can we manage the human “ego-system” to re-harmonize with the planetary eco-system?

We’ll address these questions and more as we converse with an individual who has used inherited wealth for the greater good, and has coached thousands of others to do the same. We’ll also discuss his revolutionary ideas that evolve venture capitalism from “vulture capitalism”, and encourages philanthropy to “get the lead out” and shift way, way more of its funds from charity’s “usual suspects” to endeavors that will move the dial in a time of economic and ecological crisis.

Finally, you’ll hear one individual’s story of how the “uncommonly wealthy” can shift resources to benefit the commonwealth, and find ways that YOU — regardless of how much or little money you have — to do the same.

And … if you’re ready to be inspired by a “$100 trillion vision” for a renewal economy, please tune in.

Find out more about Joel and his new book here.