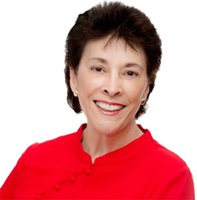 “Our commonwealth has been hijacked by a small percentage of the uncommonly wealthy and now we the people must ‘higher-jack” it.” — Swami Beyondananda

In the early 2000s, my friend and colleague Joseph McCormick was going through a dark night of the soul. A hardline conservative, former Army Ranger and a Christian Coalition member, he had just lost a Congressional race in Georgia, and he found himself on a spiritual retreat in a cabin in rural Virginia. While there, he was “adopted” by a band of hippies, and he had an epiphany — that fundamentally, all of us really want the same things, except we’ve been divided by habit and tribalism. He decided his mission was to “reunite America.” He got a grant and set about to interview luminaries across the political spectrum, asking one question: What ails America, and how do we fix it?

His interviewees, ranging from Ralph Nader and Noam Chomsky on the left, to Ross Perot and Grover Norquist on the right, pretty much all said the same thing: Citizen engagement. We the people have become disengaged from the political process, and only by re-engaging can we rebalance the balance of power.

Well, here we are fifteen or so years later, and we seem more divided than ever. Those who are engaged, tend to be polarized to one side or the other. The media accentuates the polarities so that political conversations tend to create a lot of heat, and very little light.

The good news is that more and more Americans are awakening from the dueling dualities puppet show, and recognizing that we now need to engage in an entirely new way, independent of the two political parties. Instead of “following” parties or candidates, we the people need to LEAD the conversation.

Our guest this week, Jill Cody is a citizen advocate, award-winning author, and radio host. She’s held a life-long passion for knowledge and a will to inspire change in politics, the environment, higher education, and organizational development. During Jill’s 31-year career in public service, she saw our democracy slipping away in slow motion. This observation inspired her to research what happened that ended up explained in her international award-winning book, America Abandoned: The Secret Velvet Coup That Cost Us Our Democracy.

Prior to that Jill was personally trained and authorized by vice president Al Gore to share his “An Inconvenient Truth” presentation with schools and community groups across Silicon Valley. Her passion for educating anyone who would listen, led her to write Climate Abandoned: We’re on the Endangered Species List published this past Earth Day and became a #1 Amazon Bestseller.

Currently Jill hosts a bi-weekly radio show “Be Bold America!” on KSQD 90.7FM serving the Monterey Bay and the world, to discuss ideas on how to reunite this country and save our democracy.

As Jill examined her own family history and the role “abandonment” played, she recognized that the American people have been seduced by the American dream, and then abandoned by those who hold the real power. And now, we must re-engage as a more awakened and wiser body politic. Hence, the “Great Upwising”…

Instead of being divided and conquered, how DO we “unite and prevail”?

If you’re ready to engage in this new and fruitful conversation, please tune in.

To find out more about Jill, please go here.