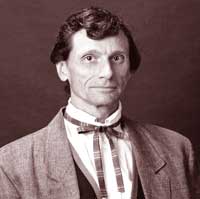 An Interview with Johnny Light aka Johnny Liberty, One-Time Leader of the Sovereignty Movement

“Here’s an irony supplement to munch on — we need a police state to protect our freedom.” — Swami Beyondananda

Over the past couple of years, we’ve been hearing a lot about the “deep state”, and a “secret government” that really runs things beneath the polarizing puppet show we watch on the news.

On one end of the spectrum, we have authors like Mike Lofgren  who acknowledge the interlocking directorate between corporations, the military industrial complex, the intelligence community, and government that has rendered the will of the people largely irrelevant.

On the other — and particularly since the advent of Trumpism — we have the “deep state” as the secret government that will enslave us through the “new world order”.   There are even people I know who voted for Bernie Sanders in the primaries, and then for Donald Trump in the election because they fervently believed he was our last hope in liberating us from this “deep state.”

So, what’s true? Who’s right? Is there a deep state — and is it a threat to you and me, and to our freedom?

This week on Wiki Politiki, we interview Johnny Light aka Johnny Liberty, a one-time leader of the Sovereignty movement who spent two years in prison and three more on probation because his ideas and work ran afoul of the federal government.

Author of the bestseller “Global Sovereign’s Handbook”, Johnny Liberty is an innovative systems thinker, researcher, educator and speaker on individual sovereignty, freedom and liberty as well as history, law, economics, financial and business structures, and the nature of the global power structure. He has presented over 250 workshops and is known for his “Granada Forum” and Vision for a New America series of videos on YouTube.

You’ll hear for yourself his complete story of being hounded, isolated and finally imprisoned by the Federal Government, and of the plea bargain process that insures that justice is rarely done. And you’ll get to decide for yourself whether the punishment fit the crime.

Meanwhile, you will hear a compelling story of a creative pioneer looking to make a positive difference in the world, the corruption and hypocrisy he discovered, his lessons learned, and how he has reassembled a life of creativity and service.