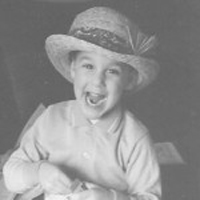 “If we don’t like the old news that is dividing us, time to make some new news together.” — Swami Beyondananda

This coming year, 2021, will mark the 40th anniversary of Walter Cronkite’s final broadcast. It’s been that long since America’s most trusted newscaster said, “And that’s the way it is,” while all of America nodded yes.

At a time when we seem to be living in two separate realities, despite the polarization, more than two thirds of us long for a trustworthy, independent, credible authority to help us address those three key questions – what’s so, so what and now what?

Meanwhile, the COVID crisis is being used to accelerate the “global reset” agenda of the World Economic Forum and those who want to impose a top down global authority to rule the world. Well, as the Swami says, “If we don’t want dystopia, we need to offer an alternative – dat-topia.” Our guest this week, Steven Jay, is dedicating his life work to creating a new media platform where creative ideas can come out to play, and where we can together reset the HUMAN HEART as we shift from domination to collaboration, and where we can step out of the matrix and into the creatrix.

Steven describes Mobilized as a “new kind of media for a newer, kinder world inspired by nature, powered by people, and empowered by imagination.” He writes, “Mobilized is a hands-on learning network for imagination and human potential. To inspire, empower and embrace the genius within us to create a world that works for all people, our planet and for our common purpose.”

In addition to being Founder and Creative Director of Mobilized, Steven Jay is a Grammy Award-winning producer, musician, composer, and creative director. He began his career as a journalist/photographer in 1977 promoting emerging talents such as Meat Loaf and Bon Jovi. His projects have been featured in Rolling Stone Magazine, CNN, ABC, CBS, NBC, MTV, and VH1. He founded the Global Entertainment and Media Summit and the New York Music and Internet Expo: The beginning of a digital music revolution.

He also was a Co-Executive Producer of the “When Comedy Went to School” documentary that captured the spirit and excitement of the Catskill Comics as they inspired generations and leagues of comedians. It featured Jerry Lewis, Larry King, Sid Caesar, Jackie Mason, and many others. Steven was Associate Producer and Project Creator of Les Paul and Friends: American Made, World Played (2005), the Grammy Award-Winning recording to honor the innovator whose contributions to the entertainment worlds include the solid body electric guitar and multi-track recording. This recording featured a host of celebrated performing artists including Eric Clapton, Keith Richards, Jeff Beck, Steve Miller, Sting, Buddy Guy, and Peter Frampton.

After a life-changing event several years ago, Steven dedicated his life and work to bringing about a world that works for all. I am so enthralled and enthused, I have transferred my own Great Upwising platform over to Mobilized. To find out why, please join me for this show.