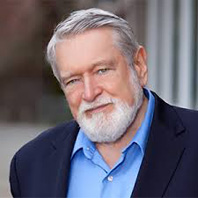 A Conversation with Economist and Author David Korten

“Here is the REAL bottom line: If we destroy the planet, there goes the GDP.” — Swami Beyondananda

As the unfolding of environmental disasters continues, the window of opportunity for this choice seems to be narrowing. But again, another quote, this one from Samuel Johnson: “When a man knows he is to be hanged…it concentrates his mind wonderfully.”

As guest on this week’s Wiki Politiki show, David Korten offers his latest — and surprising — views on our pathway toward “ecological civilization” a pathway he says, that goes right to and through China. Will China lead when a Trump-misled USA won’t? Tune in and hear what David has to say.

Dr. David C. Korten is the founder and president of the Living Economies Forum; co-founder, board member, and board chair emeritus of YES! Magazine; an associate fellow of the Institute for Policy Studies; and a full member of the Club of Rome.

Korten worked for more than thirty-five years in the field of international business development before he turned away from the establishment to become a leading critic of what he calls the “global suicide economy”. He now devotes his life to advancing the global transition now underway to a living Earth economy organized around deeply democratic self-governing living communities in which people work in co-productive partnership with the rest of nature to meet the needs of all.

In 1998, he and his wife Fran moved from New York City to Bainbridge Island, Washington where Fran became executive director and publisher of YES! Magazine and David wrote in succession The Post-Corporate World: Life After Capitalism  (1999); The Great Turning: From Empire to Earth Community (2006); Agenda for a New Economy: From Phantom Wealth to Real Wealth (2009, 2010), and Change the Story, Change the Future: A Living Economy for a Living Earth (2015).