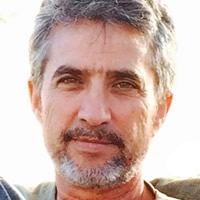 A Conversation With Richard Lang, Author of Virtual Country

“We don’t need a revolution to overthrow the system. We need an evolution to help us overgrow it.” — Swami Beyondananda

If you’ve had the sense that the will of the ordinary citizen in America has little or no impact on what legislation actually gets passed — you’re right. A study conducted by Princeton University in 2014 concluded: “The preferences of the average American appear to have only a miniscule, near-zero, statistically non-significant impact upon public policy.

In other words, a huge majority of American citizens can support a policy like, for example, Net Neutrality — but if this policy flies in the face of what the most influential corporations want … well, we’ve seen what’s happened to Net Neutrality in recent months. And, if the overwhelming majority of Americans OPPOSE a policy — like the war on drugs — if more powerful interests want to continue it, those citizens may as well be talking to a wall.

Could this be why fewer Americans exercise their right to vote than any other “democratic” country in the world? Might be we need to rename our system “Futilism” because of the futility of voting for a candidate, who does the bidding of the highest bidder instead of doing your bidding?

Our guest this week, Richard Lang, has come up with a “meta-strategy” for bringing the collective (and amplified) voice of we the people to the forefront of politics. The idea starts with an observation: For the first time in known human history, it is now possible to convene an unlimited number of citizens, in one place, at one time, to cast collective, non-binding, advisory votes on any issue of collective concern or importance.

Think of it as Freedom of Assembly 3.0.

Richard, a software developer who launched a highly successful company, Burst.com in the 1990s, launched another company, Democrasoft to help “evolve democracy and empower individuals” in the 21st century. The result is his Virtual Country book, and the National Town Square platform.

Writes Richard, “National Town Square is a new national institution for civic engagement, focused on issues instead of political parties and blind ideology — a powerful new counter-balance to the corrupting influence of big money in politics.”

Imagine … a space — nongovernmental, non-corporate, nonpartisan, independent of the mainstream media — where each citizen can have a voice and a verifiable vote , and these votes can be tabulated to indicate not just how citizens feel about certain issues, but how strongly they feel.

What if ten million or twenty million or fifty million American voters declared, “We want this”? While that vote would have no legal standing, simply recognizing the overwhelming support for a certain policy would provide pressure on legislators to adhere to the people’s will. Or face opposition at the polls.

Another important feature / factor of National Town Square. Each citizen who participates has a verifiable and secure (as secure as a bank card) vote on any issue that can be changed, should new information emerge. No bots. Only real people.

If your curious as to how this institution can be put in place, and safeguarded inside a “walled garden” to insure its integrity, please tune in for this enlightening and inspiring conversation about what can only be called an American evolution.

Find out more about the National Town Square here: https://www.nationaltownsquare.us/

Find out more about the Virtual Country book here: http://www.virtualcountry.us/