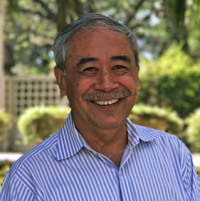 An Interview with Mauricio Miller, Founder of The Alternative Project

“The war on poverty? It’s over. The poor people have surrendered.” — Swami Beyondananda

At a time when the gap between rich and poor is the widest in ninety years, we need more funding for poverty programs, right?

Well … maybe and maybe not. This week’s guest, Mauricio Miller, author of The Alternative, points out that poverty programs over the past 50 years haven’t really moved the dial. What if the poverty programs themselves kept the conditions in place? What if the real beneficiaries have been those who have SERVED the underserved community? What if these programs promote dependency and not self-reliance?

What if the current way of giving help has left people helpless, and actually created a “industry” that makes sure the problem stays in place, largely unsolved?

Here is a quote from The Alternative that may shed some light on the “shadow” of anti-poverty programs:

In a letter to pastors, while in the Birmingham jail, Martin Luther King, Jr. wrote:

Mauricio’s understanding comes from his own upbringing in a single-parent family. His mother — proud, resourceful, independent and smart — found herself up against stereotyped images of who people thought she was, and a social welfare system that discouraged all of those things!

After years of watching that same system disempower and fail to serve the next generation, he presented California’s then-Governor Jerry Brown with a radical plan to encourage poor communities to cultivate their own resources and find their own solutions. He founded the Family Independence Initiative (FII) in 2001, to capture the stories and data which demonstrate that low-income families, when working together, have the capacity to help themselves and help one another towards sustained upward mobility.  Now working independently on the “Alternative Project”, Mauricio seeks to utilize those proof points to challenge the negative stereotype that low income families are “takers” from society. The project advocates for investing directly in family and group self-determined efforts, increasing mobility and their contributions to society.

In recognition of his unconventional approach to generating economic mobility among low-income families, Mauricio was awarded a MacArthur “Genius” Fellowship in 2012. He was appointed by President Obama to the White House Council for Community Solutions, is an Ashoka Fellow, a Prime Mover Fellow and a Purpose Prize winner among other awards. He was honored with an invitation to President Clinton’s 1999 State of the Union address, has served on bank and philanthropic boards and started small businesses. He is the author of The Alternative: Most of  What You Believe About Poverty is Wrong among other publications.

If you’ve wondered why the issue of “poverty” has been so intractable this past half-century, you’ll definitely want to catch this lively discussion.

To find out more about Maurico Miller and The Alternative please go here: https://www.thealternativebook.org/