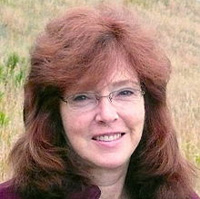 An Interview with Ellen Brown, author of “Web of Debt” and President of the Public Banking Institute

“I am nostalgic for the good old days … remember when PEOPLE robbed BANKS?” — Swami Beyondananda

Money has been called “the root of all evil,” and it can just as well be called “a resource for all good.” All depends on whether the emphasis is on extraction, exploitation and domination — or, on higher quality of life for one and all.

Our guest this week, Ellen Brown, has looked at money from “both sides now.” Her book, Web of Debt is a deep, thoughtful and sometimes playful analysis of how the banking interests have created metastasizing debt that ends up enslaving the people of the world rather than helping them thrive. Web of Debt enjoys another distinction as well. In the past, the notion that the Federal Reserve is a tool of the bankers and NOT even a federal institution was proliferated primarily by right wing libertarians. Thanks to Ellen Brown, progressives are now aware of the Federal Reserve’s dark history, including the secret meetings where a small group of bankers persuaded then President Woodrow Wilson to promote the Federal Reserve Act in 1913, a decision Wilson came to deeply regret.

Fortunately, there is another side of money as well.

Since publishing Web of Debt in 2007, Ellen Brown has gone on to found the Public Banking Institute, dedicated to establishing and proliferating state and community banks, like the one that has been thriving in North Dakota since a coalition of farmers and laborers helped establish it nearly 100 years ago.

Public banks would not only be in competition with the “banking industry”, but can help fund the enterprises that can lead to local self-sufficiency and a genuinely sustainable economy. Even more exciting, Ellen makes a credible case for public ownership of our banking system and even turning the Federal Reserve into a public utility.

If you’re ready to be enlightened about money’s past, and inspired about its future, join us.