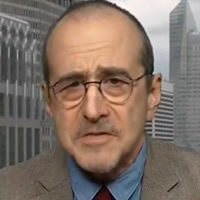 “What a topsy-turvy time we are living in. These days, the ones WITHOUT the masks are the outlaws.” — Swami Beyondananda

On this week’s show, we are going to take a journey to a parallel universe – a reality just as real as this one, maybe even more real, where people believe that wearing masks DOESN’T make most people safer during the COVID crisis. It’s a reality where thousands of Europeans have taken to the streets to protest lockdown, where a huge crowd listened to Robert F. Kennedy, Jr. speak out against mandatory vaccinations in the same spot where his Uncle John F. Kennedy spoke in Berlin nearly sixty years ago. It’s a reality where the people who showed up are not right-wing neo-Nazis as the New York Times proclaimed, but ordinary citizens from across the political spectrum alarmed by what they see as totalitarianism.

Our guide is journalist Mark Crispin Miller, who set out on a journey some fifteen years ago to delve into the truth about America’s “electile dysfunction”, and found himself at odds with his own “progressive” tribe. The further he has gone into exploring what others have termed “conspiracy theories”, the more he has discovered “con’s piracy facts” – discomforting truths that indicate that those with too much money and too much power – conman pirates — have already decided what our future will be like, and this future may not be to our liking.

As the Bible didn’t quite say, the truth shall upset you free.

In these apocalyptic – and in many ways apoplectic – times when the veils are being lifted on all sorts of things we would prefer not to look at, Mark has had the courage to speak up where others are silent. I may not agree with everything he says, and I don’t expect you to either. And … beyond the polarizing and incomplete narratives on both sides, Mark is going to give you a chance to look at a bigger picture.

Mark Crispin Miller earned his bachelor’s degree from Northwestern University in 1971, and his doctorate in English from Johns Hopkins University in 1977. He is currently a Professor of Media, Culture and Communication at New York University. He is the author of several books, including, The Bush Dyslexicon: Observations on a National Disorder, Cruel and Unusual: Bush/Cheney’s New World Order and Fooled Again: The Real Case for Electoral Reform (2007).

If you are confused about the mixed messages – even by the CDC – about wearing masks, and you are ready to see the mythology “unmasked” — please join us.

To find out more about Mark Crispin Miller and News From the Underground, please go here. https://markcrispinmiller.com/