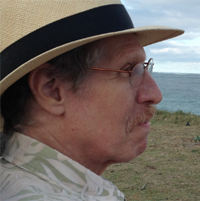 “Imagine … we the people of the world coming to a commonly-sensed, uncommonly sensible consensus – we would rather live by the Golden Rule than die by the rule of gold.” — Swami Beyondananda

What would happen if a billion people worldwide took a stand in recognition that we humans are indeed cells in a larger super-organism called Humanity, and then began to live their lives as if that were true?

Our Wiki Politiki guest several weeks ago, Stephan Schwartz – a lifelong student of social change movements (How to Change History BEFORE it Happens)– asserts that when 10% of any population has agreement around an idea, adoption of that idea becomes inevitable. And while it seems like gathering one billion people under “one big intent” is virtually impossible, it is actually VIRTUALLY more possible than ever before. We now have the technological ability to connect billions of people on the Internet at one time … and now if we cultivate the spiritual, psychological and political coherence, we may be able to achieve something that cellular biologist Bruce Lipton says is necessary for survival at this point – conscious evolution.

Our guest on Wiki Politiki this week is Judah Freed, whose forthcoming book, Making Global Sense, reports on a dozen world social trends that prove more than a billion people on earth — acting alone and together, spiritually and politically — are forming the “global sense movement,” already gathering momentum for a quantum shift in human consciousness that transforms all life on our planet. He also is updating his prior book, Global Sense, inspired by Thomas Paine’s Common Sense, which revives the ideas and ideals of the 18th century Enlightenment to champion 21st century enlightenment. His earlier editions of Global Sense won the 2005 Colorado CIPA award for the Best Personal Growth Book along with 2007 and 2012 Nautilus Awards for the Best Social Change Book.

An award-winning author and international journalist, speaker, and activist, Judah pioneered trade press coverage of new media, digital television and the Internet. His groundbreaking essays on network democracy and the social effect of interactivity itself drew invitations to speak on four continents. He currently works as Director of Publishing for RIP Medical Debt, the New York-based charity that’s abolished $1 billion in unpayable medical bills. Judah is a member of the Authors Guild, American Association of Journalists and Authors (First Amendment committee), Society of Professional Journalists, National Society of Newspaper Columnists, Independent Book Publishers Association, and the Coalition of Visionary Resources (COVR), the trade association for the Mind Body Spirit industry.

At a time when “news” (not really “news”, more like “olds”) is all about division, and groups of humans “at odds” bent on “getting even”, Judah points to unmistakable and heartening “signs of the upwising.”

If you’re ready to be encouraged and inspired, please tune in.