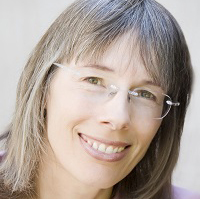 Did you know (From the Living Room Conversations website) … “Living rooms used to be the place where people would gather to socialize and relate with each other. Inviting someone into your home was to treat them as valued and worthy of respect. But before they were called living rooms these rooms were referred to as “parlors” – a term that comes from the French and means place for speaking.”

Joan Blades, co-founder of the very partisan MoveOn.org thinks so.

In 2010, she and conservative colleagues founded Living Room Conversations to “re-humanize” the other side (whichever side the other side is to you) by sharing stories and personal connections, and then discussing otherwise divisive issues together. Joan herself had a profound awakening in 2007 when she connected with Christian Coalition’s communication director Michele Combs at a retreat. The two became friends, and together the two organizations — MoveOn.org and the Christian Coalition — became unlikely partners in a successful campaign to preserve net neutrality.

On this week’s Wiki Politiki, Joan talks about the promise and the challenges of Living Room Conversations, and shares her own journey that took her from law school to a successful Silicon Valley start-up, to founding MoveOn, a pioneer organization in using the internet and social media for political campaigns.

If you’re curious — or skeptical — about civil discourse being able to breach what seem to be not only different viewpoints, but different realities, you’ll want to hear what Joan has to say. These conversations may not change people’s minds but it might change hearts — and that’s where real change must take place as we evolve into political (and spiritual) maturity.