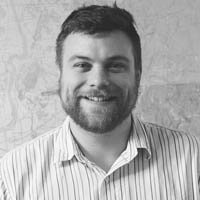 “It seems that government of, by and for the people is missing a key component — the PEOPLE.” — Swami Beyondananda

I’ve said it before, and it is worth repeating.

In these times of intense political polarization, we have a DEEPLY UNITED body politic. More than 90% of us agree — we aren’t being represented … the two-party system is rigged … we need to make sure that the “free speech” of unbridled campaign spending doesn’t drown out the free speech that points us beyond the status quo.

Consider the 2014 study by Princeton University Professor Martin Gilens and Northwestern University Professor Benjamin Page that concluded that the USA is for all intents and purposes an “oligarchy” because the views of the general public have very little sway over what legislation does or doesn’t get passed — particularly when the public will is in conflict with the special interests who “own” the politicians. Consider this mind-blowing statistic: On average, a US Senator must raise $14,000 a month for six years to pay for her or his re-election campaign. That’s some $30.6 million! Do the math … do the aftermath!

Meanwhile, according to CBS News some $6.8 billion was spent on the 2016 Presidential election, while just 31% of the people thought the election process “was working as well as it could.”

If we consider that $6.8 billion is larger than the economies of Argentina and Poland, that’s a lot of money to spend on a campaign that leaves 70% of us unsatisfied!

Fortunately, my guest today James Jameson, the National Organizing Director of Represent.Us, is here with some good news for a change — anti-corruption and election reform activists from across the political spectrum are uniting to “unrig the system” — and are planning their second annual Unrig the System Summit in Nashville at the end of March.

James Jameson is an experienced political activist, who has worked on several successful campaigns in New England. Starting off with fundraising for the 2012 Marriage Equality campaign in Maine, James has led canvas efforts in three states and field efforts in two. During the 2016 election cycle, James was the New Hampshire Out-of-State Director for Bernie Sanders before joining his National Advance Team, traveling to 27 states, and building rallies of thousands of people. Since first getting into political campaigning, James has been passionate about electoral reform, and was involved with Maine’s Ranked Choice Voting victory.

If you’re tired of the “dogma-eat-dogma” battle of the two political sides, you will find this conversation quite refreshing, as James discusses the American Anti- Corruption Act, and the dozens and dozens of successful state and local campaigns to end gerrymandering, install “ranked-choice voting” and other voting reforms, and establish public financing of elections. Check out the “explainer videos” on the Represent.us site below … and join the campaign and “upwising” if you can!

To find out more about Represent.us, please go here: https://represent.us/

And to find out about the Unrig the System Summit, go here: https://unrigsummit.com/