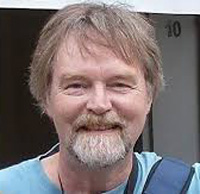 An Interview with Transpersonal Hypnotherapist and Author Stephen Poplin

“Past lives? Been there, done that.” — Swami Beyondananda

At a time when being in the here and now can feel quite challenging, perhaps being in the “there and then” can offer us some perspective. On this week’s Wiki Politiki, we take a detour to look at the long, long, long view.

How long? Lifetimes … eons … beyond time, and what you or I would consider “reality.”

Our guest this week, Stephen Poplin, has worn many hats: political philosopher, astrologer, transpersonal hypnotherapist. It was while practicing hypnotic regression with his clients that he uncovered not just the world of past lives, but life between lives. Following in the footsteps of hypnotherapist Michael Newton, Stephen “interviewed” thousands of people in deep trance, and heard remarkable past life stories that shed light on their present life issues. His book, Inner Journeys, Cosmic Sojourns, is a fascinating chronicle of these stories.

So, one might ask, what in the world has this to do with Wiki Politiki?

In Stephen’s words, it’s a chance to “step back and view the big picture, and check out the cosmic map.” If you accept the possibility of reincarnation (Swami says, “if you don’t believe in reincarnation, don’t worry … you will in your next lifetime”), it means over many lifetimes, we’ve been nearly everywhere and seen it all. We’ve been men and women, many races and religions, and we have “done unto” just as surely as it has been “done unto” us.

The fascinating stories in his book speak to the breadth and universality of human experience, and suggest that the political tribulations we seem to be undergoing today are part of a much larger learning arc.

He moved to Virginia Beach, VA to study the Edgar Cayce readings, where he years gave talks at the A.R.E. (Association for Research and Enlightenment) and saw patients and taught courses at the Center for Integrative Medicine – a part of the George Washington University Medical Center, Washington DC. He also trained with Dr. Michael Newton, and is the former International Director of The Michael Newton Institute for Life Between Lives Hypnotherapy. He currently lives in Ames, Iowa and travels frequently to Europe.

Guaranteed you will find this an intriguing, mind-bending conversation — and it may well give you some long, long distance perspective on your life, and our world.

To find out more about Stephen Poplin’s work go here.

And his Inner Journey Cosmic Sojourns book can be found here.