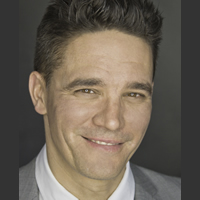 “The Republicans have sold their soul to the devil. The Democrats? They’ve just been renting theirs.” — Swami Beyondananda

There’s a forward-thinking, visionary, courageous and creative candidate running for Congress in New York’s 12th Congressional District, and if Sander Hicks makes it there, he wins for all of us.

Sander Hicks — writer, publisher, entrepreneur, musician, carpenter, and truth-seeker — is our guest on this week’s Wiki Politiki, and he is campaigning to win the primary and unseat a Democrat who has been in the pocket of the banking industry and the military industrial complex throughout the 26 years she has been in office.

Over the past generation, the Democratic (sic) party has devolved into the “other” corporate party, which is why disillusioned young voters stayed home in 2016, and working folks strayed into the Trump camp. Sander Hicks is tired of the Democratic Party being the “Wolfawitz in sheepowitz’s clothing,” the neoliberal companion to the neocons.

In addition to supporting progressive causes like Medicaid for all, ending the warring in the Middle East, and auditing the Defense Department budget, Sander advocates a “public interest venture capitalist bank.” He is also is an unabashed supporter of the Lawyers’ Committee for 9/11 Inquiry, a new organization, currently filing a Petition for a Grand Jury in Federal Court in NY, asking for a Grand Jury investigation into 9/11. As many of us have come to realize, one way the “right got right and the left got left” is because of progressives’ unwillingness and timidity in recognizing the evils perpetrated by the “deep state.” This caused many of those already familiar with these crimes to abandon Hillary in 2016 and cast their fate with Trump, falling for the narrative that HE would confront the deep state.

Whew. Talk about the perils of hopium.

Please join us for this enlightening conversation that will help us achieve a “deeper state” of understanding. You might even be moved to support Sander Hicks’ campaign because truly, if he wins we all do.