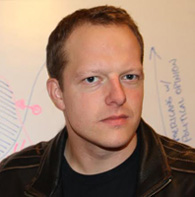 A Conversation with Erik Fogg, Author of Wedged: How You Became a Tool of the Partisan Political Establishment and How to Start Thinking for Yourself Again

“We have a deeply-divided body politic in this country. Half the population believes our elections are broken, the other half believe they are fixed” — Swami Beyondananda

I know I have shared this story before, but given our current political “shituation”, it’s worth sharing again. On the Sunday before the 2016 election, 60 Minutes gathered 25 prospective voters from across the political spectrum together, and asked them, “Who will be voting for the candidate of their choice this Tuesday?”

They were then asked, “And how many of you will be voting AGAINST another candidate?”

The remaining 22 people raised their hands.

How did this come about? And how is it that the American public has become so polarized that the only thing they agree on is that the system isn’t working?

Wedge issues, says this week’s guest, Erik Fogg. He is the author of Wedged: How You Became a Tool of the Partisan Political Establishment and How to Start Thinking for Yourself Again, and he maintains that the “political industrial complex” that benefits from a polarized electorate has insured that the divisive “wedge” issues that KEEP us polarized are kept front and center.

His book — and this interview — offers heartening information on how we the people can liberate ourselves from our “addiction” to being adrenalized by polarizing issues, and become wiser citizens working in accord.

Erik Fogg is a graduate of MIT, where he studied mechanical engineering and political science. He earned his Masters of Science, co-authoring a number of academic papers while a student and while working with MIT, Harvard, the United Nations, and other NGOs on conflict resolution. He then spent four years as an operations and management consultant, improving organizational effectiveness and culture for a number of clients across North America.

Erik currently resides in Cambridge, Massachusetts, is the CEO of MidTide Media, and co-founder of Something to Consider, focused on improving American political dialogue by undermining the destructive mindsets that ail politics in the US.

Here is a quote from his book:

“A wedge has been driven into American politics by powerful political, social, and economic incentives that are very difficult to overcome.  The middle ground has fallen out of the political process, leaving power in the hands of hardline partisans that frame the national agenda and direct our political energy towards emotionally satisfying–but politically unproductive–tribal warfare.”

Find out how we HAVE liberated ourselves from at least one polarizing issue, and what we can do to shift the energy from tribe vs. tribe to one big tribe, where we learn to “disagree productively.”