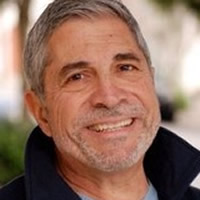 A Conversation With Steve Villano, Author of TIGHTROPE: Balancing a Life Between Mario Cuomo and My Brother

“Our President is a champion of ‘family values’ — Gambino Family values.” — Swami Beyondananda

Over the past week or two, the media buzz has been about Michael Wolff’s book that has called into question Donald Trump’s emotional and mental capacity to govern.

My guest this week, author Steve Villano, offers a much, much deeper analysis of the “shituation” tracking Donald Trump and the Trump family history to the KKK and the Mob. Villano’s new book, TIGHTROPE: Balancing a Life Between Mario Cuomo and My Brother, chronicles his own “balancing act” when he was head of New York Governor Mario M. Cuomo’s New York City Press Office while his brother was connected with the John Gotti crime family.

As we will learn, the book is much more than a personal history.

It’s the story of Italians in America, including discrimination and even lynchings. It is also a chronicle of “Mob rule” (i.e., mobster rule) in New York and the long history and relationship between the Donald Trump family and the various crime families in New York. So why is this important?

Because Steve Villano argues that Robert Mueller’s case against Donald Trump is not just about collusion with Russia, but as being part of a worldwide criminal syndicate. For example, did you know that Donald’s dad Fred Trump’s business partner in the 1950s was a capo in the Genovese Crime Family, Willie Tomasello?

According to Villano, both Trump and Tomasello were hauled before a U.S. Senate Committee to be grilled about misuse of federal funds in housing they built in Brooklyn. This was the same housing where the elder Trump sought to exclude blacks, resulting in a successful lawsuit by the Federal government. “THAT,” says Villano, “was the case where Trump hired Roy Cohn to represent him, and Cohn introduced him to a new crop of mobsters. I think it’s important to establish that ALL of Trump’s money–from the very beginning–was Dirty Money.”

Speaking of discrimination, did you know that Trump’s father was arrested at a KKK rally in May 1927? The Klan was, in addition to anti-black, anti-Jew, anti-immigrant, anti-Catholic, and ALSO anti-Italian. Three months later, in August 1927, two Italians, Sacco and Vanzetti, alleged “radical anarchists” were executed on “trumped up” (no pun intended) charges.

In addition to working closely with New York Governor Mario Cuomo, Steve Villano has been a journalist and his work has appeared in the New York Times, Newsday and Today’s Education. He has also served as CEO of various nonprofit organizations, including the Institute of Noetic Sciences.

If you’re ready to hear a fascinating tale about Steve Villano’s own personal “tightrope”, learn about the history of discrimination against Italians in America, and go deeper into what the Robert Mueller investigation might really be about, join us for this conversation with Steve Villano.