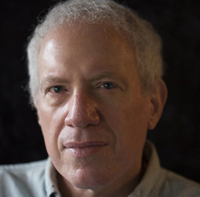 “What is reality? It’s simple. Reality is reality TV without the TV.” — Swami Beyondananda

A number of years ago, I picked up a book with a fascinating title — The Madness of George Bush. The author Paul Levy, a Jungian theorist who had a life-changing personal experience that helped him recognize the dream-like nature of life and reality, suggested that the scenario playing in the world was a reflection of the inner workings of the human psyche. The not-so-mellow drama being out-pictured was a way for our species to come to grips with the inner pictures that have subconsciously ruled us for so long.

Paul Levy’s next book on Wetiko (the Native American word for “evil” and vampiric energies) went further and deeper in turning reality “inside out.” Levy’s latest book, The Quantum Revelation which he describes as “A radical synthesis of the realms of quantum physics, alchemy, shamanism, Buddhism, Kabbalah, mystical Christianity, and the works of C.G. Jung and Philip K. Dick,” takes “reality as dream” to the next level — suggesting that quantum mechanics proves that material reality doesn’t actually exist.

So, hey we have nothing to worry about!

Seriously, Paul Levy is one of the deepest and most original thinkers on the planet, and his website proclaims his mission — Awaken in the Dream.

The most challenging thing about this interview is to confine it all to just one hour.