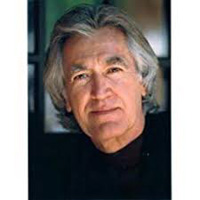 Interview with Dr. Larry Dossey, Author of “One Mind: How Our Individual Mind is Part of a Greater Consciousness and Why it Matters”

“Sadly, the biggest threat to the planetary eco-system is the human ego-system.” — Swami Beyondananda

There is nothing wrong with the human ego. Who would we be without an ego? Nobody, that’s who!

But … what if in addition to being “somebody” we were also “everybody”? What if we were connected in ways that seem outlandish to the ordinary mind? What if, in fact, there was no such thing as the “ordinary mind” and that we were all part of one big “extraordinary mind”?

Our guest this week, Dr. Larry Dossey, has been a pioneer in complementary and alternative medicine. He has written books that offer both empirical and anecdotal evidence of the healing power of prayer, and his latest book offers the best antidote yet to the unbalanced “individualism” that has woven us dangerously outside the web of life.

As to what this metaphysical issue has to do with healing the body politic, Larry says: “Only by realizing, at the deepest emotional level, our connections with one another and the Earth itself can we summon the courage necessary to make the tough choices that are required in order to survive. So, this book is also about staying alive — saving the Earth and our own skins.”

Dr. Larry Dossey has long been recognized as influential advocate of the role of the mind in health and the role of spirituality in healthcare. A graduate of University of Texas and Southwestern Medical School in Dallas, he also served as a battalion surgeon in Vietnam, and Chief of Staff of Medical City Dallas Hospital. The author of nine books and numerous articles, Dr. Dossey is the former Executive Editor of the peer-reviewed journal Alternative Therapies in Health and Medicine, the most widely subscribed-to journal in its field. In his 1989 book Recovering the Soul, he introduced the concept of “nonlocal mind” — mind unconfined to the brain and body, mind spread infinitely throughout space and time. Since then, “nonlocal mind” has been adopted by many leading scientists as an emerging image of consciousness. He is also the author of Healing Words : The Power of Prayer and the Practice of Medicine as well as Prayer is Good Medicine : How to Reap the Healing Benefits of Prayer, pioneering and controversial books about the effect of mind on medicine.

While mainstream science – in its unwillingness to even look at phenomena it can’t explain through current knowledge – has resisted Dr. Dossey’s idea, evidence from as far afield as quantum physics seems to support his view of “one mind”.

If you’re curious how his work informs and impacts our current political, cultural, and ecological “shituation”, please tune in.