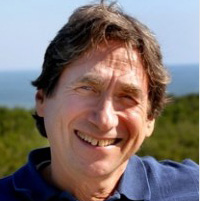 A Conversation with Historian, Author and Activist Harvey Wasserman

“Those who fail to learn the lessons of history condemn THE REST OF US to repeat it.” — Swami Beyondananda

This week Wiki Politiki is fortunate indeed to welcome one of the foremost progressive historians, anti-nuclear activists, and outside-the-matrix political “uncommontators” of our time, Harvey Wasserman.

Harvey is a life-long activist who speaks, writes and organizes widely on energy, the environment, history, drug war, election protection and grassroots politics. His breakthrough book, Harvey Wasserman’s History of the United States, was first published by Harper & Row (NY) in 1972, and featured an introduction by Howard Zinn.

His mission is the permanent shutdown of the nuclear power industry (he actually originated the phrase “No Nukes”), and the birth of Solartopia, a democratic and socially just green-powered Earth free of all fossil and nuclear fuels. Unlike many activists these days, he knows what he is FOR, and his sharp commentary cuts through both neoconservative and neoliberal BS. His recent article, 57 Unpatriotic Ways the Corp/Dems Have Enthroned Trumputin skewers the Democratic Party establishment corporatocracy, and he is indeed a “clear voice in the bewilderness.”

Harvey has been a political activist for over 50 years. He marched at his first demonstration in 1962, helping to de-segregate a roller rink in Columbus. He briefly met Dr. Martin Luther King on the Meredith March for civil rights in Grenada, Mississippi, in 1966. As a student editor at the University of Michigan Daily, his 1966 editorial “The Use of Marijuana: It Should be Legal” went global on the wire services.  Active in the movement against the war in Vietnam, Harvey marched on the Pentagon in 1967 and the Chicago Democratic Convention in 1968, and also helped found the legendary anti-war Liberation News Service.

In 2007 Harvey joined with Bonnie Raitt, Jackson Browne and Graham Nash to form NukeFree.org as part of a successful national grassroots campaign to stop $50 billion in loan guarantees to build new reactors.

Our conversation will cover those three key questions that cultivate political understanding and focused and effective activism — what’s so? … so what? … now what?

If you’re wondering how we can trump Trumpism, and not only “take our country back” but take it forward, please tune in.