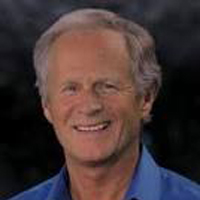 As we in the US find ourselves in the midst of a toxic, contentious election season that threatens to continue indefinitely, two apparently contradictory ideas seem to be true. First, we are deeply divided, not just into two parties, not just into two narratives, but into two separate and seemingly incompatible realities.

Second, the vast majority of the American people overwhelmingly agree – they want to work together to find solutions, and not just blame the other side.   As Einstein famously said a problem cannot be solved at the same level it was created. The two political parties are locked in battle in a dualistic playing field, in the death throes of Newtonian politics, where equal and opposite forces fight to the death, with we the people and the natural world as collateral damage.

Einstein said something else as well — the field is the sole governing agency over the particle. In other words, if we want to transform what we call politics – not to mention every other aspect of civilization – we have to get off the old battlefield and on to a new playing field.

Our conversation today is about how we can play on the unified field that is above and beyond all the particles we are trying to move around. For example, what if instead of the force and friction-based energy systems we have today we have free energy systems that tap the infinite energies of the non-physical world? What if the drug-and-surgery, symptom-management, illness-care system, gave way to energy medicine that change the vibrational field so that a disease condition could not take hold?

This week’s guest, Foster Gamble, producer of a new film Thrive II: This Is What It Takes, that offers heartening examples of how these technologies – dismissed as science fiction – are proving to be scientific fact. In the first Thrive movie, Foster and his wife Kimberly Carter Gamble, journeyed deep down the rabbit hole to explore dark and controversial ideas. In this one, Foster jokes, “We have found the light at the end of the rabbit hole.”

Foster Gamble is the President & Co-Founder of Clear Compass Media; Creator, Host, Co-Writer, and Director of Visual Design for THRIVE. At age 14, Foster Gamble had a vision where he glimpsed what he perceived to be the Universe’s fundamental energy pattern. He spent the next 35 years trying to figure out the details and implications of what he had seen. That quest took two paths: a scientific journey and an exploration of the human potential to navigate successfully through the challenges threatening our survival. THRIVE represents the convergence of these two paths.

If you’re looking for the good news on the other side of all this “bad news” we seem so caught up in, please tune in.

To find out more about Foster Gamble and the Thrive movement, please go here.