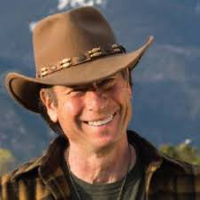 There’s disheartenment in the heartland.

And while many blame that loss of heart due to heartlessness on the Trump presidency, more and more Americans are awakening to realize his “election” is more of a symptom than a cause. As Swami has said, “Donald Trump is America’s balloon karma payment.”

American history – not unlike the history of humankind in general – has moved forward on two parallel and seemingly opposite tracks. One track, based on the Declaration of Independence, has sought to expand freedom, justice, equality and the common good. The other track has been the reactionary forces pursuing the obsolete and obsolethal meme, dominate-or-be-dominated.

So those who dismiss our Founding Fathers as white elitists, many of them slaveholders, who allowed the genocide of Native People are right. And … those who recognize the founding principles, many of them based on the wisdom of the Iroquois Nation and other Native peoples, they are right too. And unless we reconcile these two “rights” it will be “last rites” for American democracy.

Our guest on Wiki Politiki this week, Glenn Aparicio Parry, has a new book that highlights the Native wisdom at the foundation of the American system, and offers way to use that wisdom to restore – or maybe even establish for the first time – a sane and sacred center at the heart of our Republic.

Glenn Aparicio Parry, PhD, is a writer, educational consultant, international speaker, and entrepreneur with a vision to reform thinking and education into a coherent, cohesive whole. From 1999-2011, he organized and participated in the groundbreaking Language of Spirit Conferences, bringing together Native and Western scientists in dialogue. The founder and past president of the SEED Institute, he currently runs a think tank and regularly moderates dialogues. In addition to his current book, “Original Politics: Making America Sacred Again”, he is the author of the Nautilus award-winning Original Thinking: A Radical Revisioning of Time, Humanity and Nature. He lives in northern New Mexico.

He says, “Once we recognize the truth of how we are all connected, it becomes easier to stand back and look again at people with whom we disagree on one thing or another, including politics.”

If you’re ready for a meta-view of how we can establish the heart and soul of who we really are at a time of toxic polarization, please tune in.