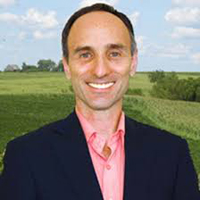 An Interview with Author, Researcher and GMO Expert Jeffrey Smith

“Weed killer is a chemical substance that kills living things, some of which are weeds.” — Swami Beyondananda

When Bruce Lipton and I published Spontaneous Evolution nearly ten years ago, in a chapter on our current economic / ecological / political dysfunction, we had a section called “Moneychangers In the Temple — Monsanto Clause Is Coming to Town”, where we talked about the lengths Monsanto (now part of Bayer — those wonderful folks who brought us Auschwitz) has gone to “own” life forms.

Short-form, they have developed genetically-modified seeds they call “Round Up ready” because they and they alone can resist the toxic herbicide in Round Up, glyphosate. The idea is to poison the soil and all non-Monsanto plants, and then sell the “remedy” so that eventually Monsanto will own the keys to life.

Despite convincing evidence glyphosate is a carcinogen, thanks to the cozy relationship between the agrichemical industry and the agencies set up to regulate it — and complicity of the mainstream press — authorities continue to say with a straight-face that glyphosate is “safe.”

Our guest this week, Jeffrey Smith, literally “wrote the book” on GMOs.

The leading consumer advocate promoting healthier non-GMO choices, Jeffrey Smith was named the 2017 “Person of the Year” by Masters of Health Magazine. For more than two decades, his research has exposed how biotech companies mislead policy makers and the public, and put the health of society and environment at risk.

Mr. Smith’s feature-length documentary Genetic Roulette — The Gamble of Our Lives was awarded the 2012 Movie of the Year (Solari Report) and the Transformational Film of the Year (Aware Guide). Seen by millions world-wide, the film links genetically engineered food to toxic and allergic reactions, infertility, digestive disorders, and numerous other problems that have been on the rise in the US population since genetically modified organisms (GMOs) were introduced. His books include: Seeds of Deception, the world’s bestseller on GMOs; and Genetic Roulette: The Documented Health Risks of Genetically Engineered Foods. They expertly demonstrate why the safety assessments by the FDA and regulators worldwide are based on outdated science and false assumptions, and why genetically engineered foods must urgently become our top food safety priority.

Mr. Smith has lectured in 45 countries, counseled leaders from every continent, and has been quoted by thousands of news outlets including: The New York Times, Washington Post, The Times (London), Associated Press, Reuters, LA Times, and Time Magazine. He regularly appears on influential radio and television programs, including the BBC, NPR, Fox News, Democracy Now, The Doctors, and the Dr. Oz Show.

He is the founding executive director of The Institute for Responsible Technology (IRT), a leading source of GMO health risk information for consumers, policy makers, and healthcare professionals. IRT’s educational programs are driving the tipping point of consumer rejection against GMOs, which is already starting to push genetically engineered ingredients out of the market in the US.

Our interview this week revolves around his soon-to-be-released documentary with Amy Hart, Secret Ingredients, which highlights how numerous individuals and families that healed from serious conditions after switching to an organic, non-GMO diet.

If you’d like to learn how YOU can take charge of your own and your family’s health, tune in for this enlightening and encouraging conversation.

To find out more about Jeffrey Smith and his work please go here.