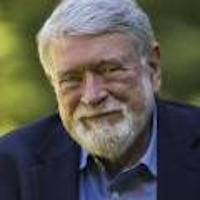 Interview with David Korten, author of “When Corporations Rule the World”, and the “ Great Turning”

“If we lose the Earth, there goes our GDP.” — Swami Beyondananda

In 1972 a book was written that was designed to change the world. The book, the Limits of Growth, was the first report issued by the Club of Rome, an organization founded by Italian industrialist Aurelio Peccei and Scottish scientist Alexander King in 1968. The report warned that economic growth could not continue indefinitely because of resource depletion. It went on to sell 30 million copies in more than 30 languages, making it the best-selling environmental book in history.

And yet … here we are nearly half a century later, and experiencing peak everything. The book was remarkably prescient … but apparently had little impact. What happened? And … what can be done about it?

Our guest on Wiki Politiki, David Korten, is a member of the Club of Rome, and has devoted his work to bringing about what he calls an “ecological civilization.” Writes David about the “epic choice” we face:

We can continue to seek marginal adjustments in the culture and institutions of the Imperial Civilization of violence, domination, and exploitation that put us on a path to self-extinction. Or we can transition to an Ecological Civilization dedicated to restoring the health of living Earth’s regenerative systems while securing material sufficiency and spiritual abundance for all people.

Dr. David Korten is the founder and president of the Living Economies Forum; co-founder, board member, and board chair emeritus of YES! Magazine; an associate fellow of the Institute for Policy Studies; and a full member of the Club of Rome. He worked for more than thirty-five years in business, academic, and international development institutions before he turned away from the establishment to become a leading critic of what he calls global suicide economy. He is the author of the international best-seller When Corporations Rule the World, along with The Great Turning: From Empire to Earth Community, Agenda for a New Economy: From Phantom Wealth to Real Wealth and Change the Story, Change the Future: A Living Economy for a Living Earth (2015).

If you too recognize our need to make this life-or-death shift and are looking for ways YOU can make a difference, please join us.