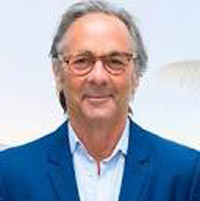 “It seems like the dysfunctional function of mainstream media is to serve up ‘babblum’ – weapons of mass-distraction to make sure the body politic never gets out of diapers.” — Swami Beyondananda

Just a few days ago it came to me.

The 2020s will be the Decade of the Citizen.

It will have to be, because the entrenched and dysfunctional political, social and economic systems hopelessly addicted to money and power cannot reform themselves. What is required is an outside intervention by we the people, or else we will devolve into just another “turd world” country.

Our guest this week, Steven Machat, has spent a lifetime in the entertainment industry, and has seen first-hand how consent is conceived and manufactured, how the industry feeds toxic memes, and how it disempowers originality and imposes subliminal narratives.

Steven grew up in show business. His father, entertainment attorney Marty Machat boasted clients like Phil Spector, Sam Cooke and the Rolling Stones. After graduating from Vanderbilt University law school, Steven went into business with his father. He became a worldwide entertainment attorney, music publisher, manager of music talent and record label owner as well as film producer among other commercial endeavors. His clients have included Electric Light Orchestra, Genesis, Peter Gabriel, Phil Collins, Leonard Cohen, Snoop Dogg, Ozzy Osbourne, and Hugh Masakela, and he also produced Bird on a Wire, the documentary film of the Leonard Cohen 1972 European tour. His book “Gods, Gangsters and Honor” tells the story of his storied career in the music business.

His work and play have since branched out to the fields as broad as metaphysics, cosmology and politics. In 2015, he announced his campaign to run for the Senate from Florida as an independent candidate, and he also opened a School For Sacred Knowledge.

So … what will we talk about?

And primarily how we the people re-empower ourselves individually and collectively.

If you are ready to be entertained, informed and inspired, please join us for this show.

To find out more about Steven Machat and his latest work, please go here.