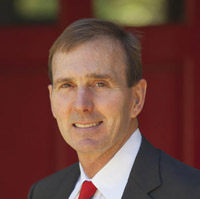 An Interview with B Corporation Pioneer John Montgomery

“It’s time for the Golden Rule to overrule the rule of gold.” — Swami Beyondananda

Our show today is about Enlightened Capitalism and NO that is not an oxymoron, at least not according to today’s guest. At the same time we have to acknowledge that UNENLIGHTENED CAPITALISM has been allowed to run rampant, and people are starting to notice, particularly young people.

Last October, an astounding public opinion poll came out indicating that one third of Millennials identified as socialists.

Might this be seen as a sign that capitalism as it has been practiced has failed us? Thanks to a meme cultivated by economist Milton Friedman over 40 years ago, the ONLY purpose of a corporation is to make profit for its shareholders, and since the Citizens United Supreme Court decision nine years ago, it seems that corporations have taken upon themselves the right to extract and exploit in perpetuity, and send the cleaning bill to future generations.

More and more awakening individuals are recognizing that this form of extractor capitalism — what Naomi Klein calls “disaster capitalism” — is not only obsolete but obsolethal. This old form of capitalism is doomed, and the question is can it evolve? Or will it die, possibly taking Western Civilization with it?

Our guest today John Montgomery is a champion of a new form of enlightened capitalism called the B Corporation, B standing for benefit … as in benefitting the world at large and not just the shareholders “at small.”

An attorney in practice for 35 years, John founded a successful Silicon Valley law firm, now Montgomery & Hansen, LLP, in 2003 and was previously a partner or attorney at prominent Bay Area law firms. In recent years, he’s been working with socially and environmentally oriented entrepreneurs to design new forms of governance to add conscience and consciousness above and beyond just profit. He was the co-chair of the legal working group behind California’s benefit corporation legislation, which became law in 2012, and was a California Bar Association Magazine lawyer of the year and B Lab MVP and Champion awards winner for this work.

As John will tell you, “Lex Ultima” refers to what he considers the ultimate law of the Universe — universal love. Indeed, his experience tells him that companies that “lead from the heart” are more successful in every way — more profitable, more efficient, and have happier employees who stay with the company longer.

Can more companies be inspired to do business “for the benefit of all”?

To find out more about John Montgomery and his work please go here.