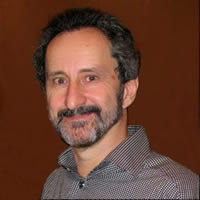 My colleague Bruce Lipton, cellular biologist, tells us that the next phase of human evolution is an evolution in consciousness, where we recognize that we are each and all cells in the larger body of humanity. If that is true, it’s easy to see how so much of our resource and intention is tied up in obsolete and “obsolethal” forms of interactivity that can best be seen as autoimmune disease. After all, when healthy humans on two sides of an issue spend their time and energy in combat, two things happen. First, warfare endangers not just the lives of those engaged in the conflict, but life on the planet. Secondly, precious energy and resources that could be used to work together is being dissipated and wasted.

That’s why last weekend’s Unrig the System Summit in New Orleans was so encouraging … 1,500 “proactivists” (i.e., proactively moving forward as an alternative to reactively resisting) who get what Bruce and I concluded in Spontaneous Evolution — that the Darwinian notion of “survival of the fittest” has now proven to be “thrival of the fittingest.” Those who cooperate, survive and thrive.

Indeed, this evolutionary upwising is well on its way, even if we don’t see it on the news.

Our guest this week, Steve Olweean from the Common Bond Institute is a therapist who has spent the past 35 years in community mental health, serving underserved populations, specializing in trauma and abuse recovery, victim/perpetrator dynamics, crisis intervention, dissociative disorders, and healing negative belief systems. Since 2001, he has focused on creating cross-cultural dialogue both here and abroad to create mutual trust and understanding between Muslim and non-Muslim populations.

This April, the Common Bond Institute under Steve’s direction will be holding its 8th annual Engaging the Other conference in Madison, Wisconsin. It is described as an interactive, working conference to:

* Address rising polarization and animosity in our society
* Advance a wider public dialogue about toxic images of “Us and Them,”
* and Promote positive joint action for compassionate remedies and healing in our relationship with a perceived “Other.”

Our conversation this week will focus on both the opportunities and challenges in “engaging the other”, and will focus his experiences both in the Middle East … and the Middle West. He writes: “The Other often conjures up images of strange faces, practices, and beliefs, usually in faraway places. At the same time that it challenges our understanding, our sense of normalcy, and sometimes our sense of security, it is a label we all share.”

In other words, we are each an “other” to each other.

Tune in this Tuesday, February 13th and find out how such “living laboratories” can unleash “the speed of trust” and turn conflict into collaboration.