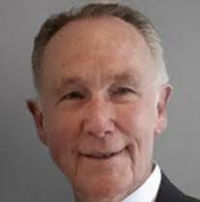 “It’s becoming all too common nowadays to thank a surgeon by saying, ‘I shall forever be indebted to you.” — Swami Beyondananda

As a professional comedian, it’s my job to “pump ironies” so here is an irony supplement to munch on: Americans spent $3.65 trillion on health care in 2018, according to a report from Axios. The amount is larger than the GDPs of such countries as Brazil, the U.K., Mexico, Spain, and Canada. And yet, we rank 27th in the world in health. In a study of 11 countries, the U.S. ranked LAST for health outcomes, equity and quality, despite having the highest per capita health earnings. The U.S. also had the highest rate of mortality amenable to healthcare, meaning more Americans die from poor care quality than any other country involved in the study.

And, it gets worse.

Not only does our health care outcome fall far short of health industry income, but the fundamental inequity – and iniquity – of the current system has created another life-threatening metastasis in our body politic: $1 trillion in unpayable medical debt in America. Medical debt causes hardships for individuals, families, communities, and the nation as a whole.

Jerry Ashton has more than 40 years of experience in the credit and collections industry. In 1995, to uplift the way debtors are treated, he formed CFO Advisors in New York. His teams serviced a half billion in receivables for Fortune 500 companies. Inspired by Occupy Wall Street’s debt forgiveness campaign, he joined with Craig Antico to found RIP Medical Debt. Jerry serves as RIP’s Director of Education and Outreach.

In our conversation today, we will look at the inner workings of our “too big to fail, too broken to succeed” health care system. Since the three authors of the book have three divergent political perspectives, we will have a chance to discuss what happens when diverse viewpoints converge and converse on one issue. The authors disagree on the solutions, but they all agree on their one simple act of charity — buying and forgiving medical debt.

If you’re interested in how we arrived at our current “faith-based” health care system (“pray you don’t get sick”) and ways we can create a system that works for each and all, please tune in.