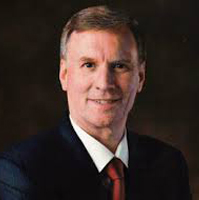 “Either we will have an awakening — or a wake.” — Swami Beyondananda

In the summer of 2015, I was waiting to board the Larkspur Ferry to take me to San Francisco for a Giants game. In the waiting area, there was a huge TV screen tuned to CNN. Donald Trump was on, and the sound was off.

As I watched Trump’s gesticulation, facial expressions, and fist pumping, I looked at a fellow passenger, and we both said it at the same time — Adolf Hitler.

Now more than three years later, I have seen nothing to make me think otherwise. What was clear to me then is even clearer now. What I was looking at was a megalomaniacal sociopath, who would do anything and say anything to benefit himself, and who would ultimately destroy whatever he touched. I saw a pathological liar and demagogue, with no respect for the rule of law — or the rule of love.

While we have seen “dishonest” politicians before, and those involved in deep, dark misdoings, what I was looking at was someone entirely different and more sinister — someone who had the mindset and the chutzpah to make himself dictator. You might laugh at this individual who has been parodied and caricatured as a bumbling fool. They laughed at Hitler too. While Donald Trump is no “Hitler” in the sense that he has no overriding mission or ideology, his rhetoric landed with the same kinds of ordinary folks who supported Hitler.

At the Unrig the System conference in New Orleans this past February, I met a number of (oxymoron alert) “moderate Republicans” who saw the clear and present danger not just in Trump, but in the Vichy Republicans in Congress blindly following him. I met Richard Painter, a former Bush administration official who has officially changed parties and became a Democrat running for the Senate in Minnesota. Since that time he has been joined by Republicans Steve Schmidt and most recently Max Boot, who exhorted moderate Republicans to vote Democrat this year in an attempt to stop that other “boot” — Jack Boot — from having control of all three branches of government and establishing a de facto fascist regime.

Something that has been both puzzling and vexing to most observers, however, is how so many Evangelical Christians have fallen into lockstep behind Trump, despite the man’s — to put it too gently — “moral failings.”

Our guest on Wiki Politiki this week has the perspective and background to speak to this issue. Dr. Chuck Baldwin is a conservative Christian minister, a disciple of Jerry Falwell and a founder of the Christian Coalition. After becoming a Republican in 1980 to support Ronald Reagan, he left the party during the George W. Bush presidency to join Ron Paul’s Constitution Party. Without compromising his conservative ideas — he is a Second Amendment advocate who believes in “open carry” — he offers his view of how and why the majority of his cohorts have taken the wrong road, and have become in his words “infatuated with” Donald Trump, whom he sees as an enemy of freedom, and everything the United States stands for.

On this very significant Election Day, which will — rightly or not — be an up or down vote for Donald Trump, tune into this highly-unusual interview and you’ll be encouraged that the “great upwising” and awakening is occurring on all sides.

To find out more about Dr. Chuck Baldwin and his work, please go here https://chuckbaldwinlive.com/Home.aspx