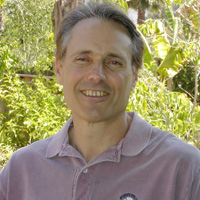 Interview with Global Visionary Jack Reed, Author of “The Next Evolution: a Blueprint for Transforming the Planet”

“Covering the mouth and nose to slow the spread of a viral disease is one thing. Being forced to cover our eyes and ears to stop the spread of novel viral ideas, that’s something else.” — Swami Beyondananda

We the people have been acculturated to being lied to by politicians, and now it is becoming clear that it’s not just the politicians – it’s the entire political system, including the corporate media – that is lying to us.

Ever since the Jonestown massacre more than 40 years ago, the term “drink the Kool-Aid” has been used to describe weapons of mass-deception. Today however, that Kool-Aid has been rebranded as “fine wine”, as people are being asked to buy the notion that ONLY the vaccine will protect us from the deadly COVID germ and allow us to return to “normal.”

Our guest this week, Jack Reed, just wrote a compelling essay called “Kool-Aid”, where he lays out deception after deception, from the Gulf of Tonkin attack that didn’t happen, to the Patriot Act passed in the aftermath of the 911 attacks, to the current lockdown of both people and information during the COVID-19 crisis – each of which has increased the power of the state, and diminished the power of the people. In the middle of this essay, he suggests that maybe what we need is a vaccine against deception.

The closest we have to that is recognizing the patterns of deceit, and cultivating the courage to see them and call it out.

And the good news is … in addition to being able to unblinkingly look at the awful truth, Jack is a clear-eyed visionary able to point us toward the world we want instead – and offer practical ways to get there.

Jack Reed is a speaker, seminar leader, consultant for corporations and non-profit organizations, team-building facilitator, co-creator and trainer in the Community Planet consensus process, and author of The Next Evolution: a Blueprint for Transforming the Planet. in addition to 15 years experience living in an urban cooperative community where he was an active leader, Jack has created and facilitated consensus trainings for many groups starting with the Peace Theological Seminary in the early 90’s, in France, and most recently with the One Community team.

If you’re ready to face the awful truth and embrace the awesome opportunity, please join us.

To find out more about the Community Planet Foundation and Jack’s work, please go here.