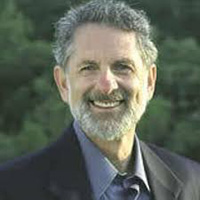 “Demagogue: A divisionary who spews impropaganda blaming ‘dem,’ and never ‘us.’.” — Swami Beyondananda

Trump may be going, going, gone yet Trumpism remains.

Much has been written about Donald Trump’s psychological issues, and yet his appeal – particularly to a certain type of man – remains a bit of a mystery. Many, many people, certainly a majority of adult Americans, recognize Donald Trump as a self-serving liar and con artist. Yet many hold him as a hero, an upholder of American values, and the final firewall between our freedom and a top-down totalitarian “one world government.”

Our guest this week Jed Diamond has been studying men’s health and psychology for more than half a century. Nearly five years ago, in May 2016, he predicted Donald Trump would be the next President.

In that prophetic article, he points to Donald Trump’s childhood of serious abuse, neglect, and abandonment, and then warns that other men who have suffered similar indignities would relate to Trump, and revile the same establishment forces he does. Earlier this month, we witnessed groups such as the Proud Boys, who showed up armed in Washington, D.C. to storm the capital in support of their fearless leader. But maybe it wasn’t fearlessness, but fearfulness running them.

So … how do we address this psychological disease that nearly caused democracy’s demise? How do we reach the real people struggling with their personal pain and projecting it out on the world? And … how do we uncover the REAL concerns these wounded men hold, and bring them out for resolution?

Jed Diamond, Ph.D., is the Founder and Director of Men Alive, a health program that helps men live long and well. Jed is the author of 17 books including his latest, My Distant Dad: Healing the Family Father Wound (Lasting Impact Press, 2018).

Jed’s previous books include: The Enlightened Marriage: The 5 Transformative Stages of Relationships and Why the Best is Still to Come … The Irritable Male Syndrome and 12 Rules For Good Men. He has been on the Board of Advisors of the Men’s Health Network since its inception in 1992. He is also a member of the International Society of Men’s Health and a founding member of the American Society of Men’s Health. He blogs for the ThirdAge, Huffington Post, BeliefNet, Scribd, and other venues. He is the only male columnist who blogs for the National Association of Baby Boomer Women.

If you’d like to see above and beyond shame and blame and help heal this personal and societal wound, please join us.

To find out more about Jed Diamond and his work, please go here: https://menalive.com/