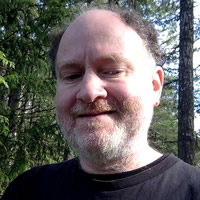 “While you hunker in the bunker what better thing to do than debunk the bunk?” — Swami Beyondananda

While we’re sheltering in place, one of our natural pastimes has been cruising the Internet for information we are unlikely to get from mainstream corporate media, particularly as it is beholden to certain industries and their narratives. However, even though mainstream media gets an issue wrong doesn’t mean those outside the media matrix get it right.

Our guest this week Mark Robinowitz has a distinct talent for distinguishing “conspiracy theories” from “con’s piracy facts”, and helping us all become more discerning about what we hear and see. Today’s conversation focuses on three movies – including one that isn’t out yet: “Contagion”, the prescient theatrical film from 2011; Michael Moore’s current controversial movie, “Planet of the Humans”; and a forthcoming documentary from Oliver Stone, “JFK: Destiny Betrayed.” Mark will use these three films to offer insight on our current “shituation.”

Mark is a writer and researcher, who focuses on the intersection of deep politics and deep ecology. He runs several websites, including OilEmpire.US – A Political Map, PeakChoice.org – Cooperation or Collapse, and JFKMoon.org about President Kennedy’s call to end the Cold War and convert the Moon race to a joint US – Soviet mission. Mark is based in Eugene, Oregon where he practices permaculture and encourages re-localization as a community response to Peak Everything.

I have long appreciated Mark’s ability to cut through BS, speak truth about the “unspeakable”, and help others be more discerning. Beginning with the John F. Kennedy and Martin Luther King assassinations, Mark brings deep insight and common sense understandings to these cover-ups, and the continues to unwrap and unravel the likeliest story around the 911 attacks. He also calls out and explains some of the more outrageous “conspiracy stories” and the purpose they serve to obfuscate the truth about “real” conspiracies.

As a researcher in the issues of peak oil, and peak everything else, Mark points toward the real issues we face as individuals, as a nation, and as a species. And … he addresses the all-too-real threat of the deep state from the “deeper state” of love, wisdom and spiritual awareness.

To get a truly meta-perspective on fake news and real lies, please tune in.