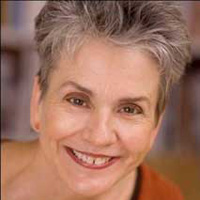 “Of course love is more powerful than fear. Otherwise we’d be singing ‘All You Need is Fear’.” — Swami Beyondananda

Ever since the disillusionment of Obama’s failed promise, hope has been given a bad rap. Hope has been considered a form of passivity, as a substitute for intention, activism, hard choices. Our guest this week, noted author Frances Moore Lappé believes that cultivating hope also cultivates grace and possibility.

Frances Moore Lappé first gained worldwide fame with the release of her three-million copy Diet for a Small Planet, which the Smithsonian has described as “one of the most influential political tracts of the times.” Her nineteenth book, Daring Democracy: Igniting Power, Meaning, and Connection for the America We Want, coauthored with Adam Eichen, “extends concrete hope to those who feel politically helpless,” notes the American Library Association’s Booklist. She speaks widely on campuses from Harvard to UC Berkeley, as well as to professional organizations.

Frances enables us to shift our “mental maps” so we can each experience a sense of agency, meaning and connection with others, as together we bring democratic values to life. She offers hope by sharing solution stories in which regular citizens are helping to meet our biggest social and environmental challenges.

In 1987, Frances became the fourth American to receive the international Right Livelihood Award, often called the “Alternative Nobel”; and Gourmet Magazine named her one of 25 people, including Thomas Jefferson, Upton Sinclair, and Julia Child, whose work has changed the way America eats. Frances’ books have been translated into 15 languages and are used widely in university courses. Her visiting-scholar positions include those at MIT, UC Berkeley, Suffolk University, and Colby College.

Please join us for this lively, informative and encouraging conversation that will have you thinking differently about hope, fear, courage and humility. “Frankie” will be talking about her recent book, Daring Democracy, and the tools people have been developing and cultivating “under the radar” … as well as the hidden energy in fear and how to use it constructively. At a time when we as individuals and a species face the unknown, she offers compelling evidence of how “not knowing” may be the key to our survival.

If you were inspired by Diet For A Small Planet, and want more nourishing “food for thought” from its author, please join us.

Frances Moore Lappé can be found online at https://www.smallplanet.org/frances-moore-lappe