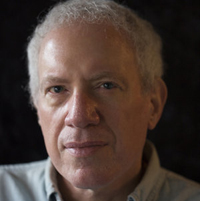 Interview with Paul Levy, “Wounded Healer” and Author of “Dispelling Wetiko: Breaking the Curse of Evil”

“Notseeism: A deadly disease of the body politic where otherwise good people choose to not see what they find too uncomfortable to look at.”  — Swami Beyondananda

Over the past month or so, a few of my colleagues have written articles expressing alarm at how many “spiritual folks” have gone off the deep end embracing wild “conspiracy theories”, forsaking rational science and the material world view. Indeed, there are some wild and wacky scenarios out there – like Q-Anon claiming that Donald Trump is really a “good guy”, and at the right moment will bring forth his good friend, John F. Kennedy, Jr. who didn’t really die in that plane crash, to save the day.

Just goes to show how far people will go to find a savior … without recognizing that we, through our collective awakening, just might be the saviors we have been praying for.

Regarding “conspiracy theory” (a term popularized in the late 1960s by the CIA to dissuade further investigation of the Kennedy assassination), I take a slightly different view from my colleagues. I see too many folks suffering from “conspiracy denial” – where they intentionally choose to not connect obvious dots because doing so would lead to discomforting conclusions.

Our guest this week on Wiki Politiki, Jungian student Paul Levy quotes Carl Jung as saying that we must develop an “imagination for evil” in order to recognize our own complicity in evil, rather than putting it outside of ourselves. Writes Levy, “If we can’t imagine the evil that human beings are potentially capable of—and of which we ourselves, under the right circumstances, could also be capable of—in our naivety, we offer ourselves into evil’s hands.”

If we look at the current polarized political “shituation”, we see an ever-escalating projection of evil onto the “other.” On the right, we see self-described “Christians” embracing Donald Trump and his philosophy of “hate thy neighbor.” On the left, we see the equally-ironic “cancel culture” proclaiming that “INTOLERANCE WILL NOT BE TOLERATED!”

This week’s conversation will – hopefully with humor and humility – shine light on the darkness that makes these kinds of projections possible, and point us toward the awakening in the human psyche that can transform human civilization. And not a moment too soon.

A pioneer in the field of spiritual emergence, Paul Levy calls himself a “wounded healer in private practice”, assisting others who are also awakening to the dreamlike nature of reality. Among his books are The Quantum Revelation: A Radical Synthesis of Science and Spirituality and Dispelling Wetiko: Breaking the Curse of Evil. He is the founder of the “Awakening in the Dream Community” in Portland, Oregon. An artist, he is deeply steeped in the work of Carl Gustav Jung, and has been a Tibetan Buddhist practitioner for over 35 years. He was the coordinator for the Portland Padmasambhava Buddhist Center for over twenty years.

If you feel overcome or overwhelmed by what you perceive as “evil” in the world, and are looking toward evolutionary transformation, please join us.

To find out more about Paul Levy and Awaken In the Dream, please go here.