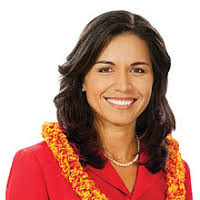 “There has been a key missing element in government of, by and for the people — the people!” — Swami Beyondananda

Once again it’s time for the (bad) dog and (lame) pony show called “electoral politics” which seems to be designed to keep the American people occupied fighting over “identity issues” instead of gathering around the IDENTICAL ISSUES we all face, cultivating the virtues and values that 90% of us share, and using those to set a standard for governance.

While Presidential campaigns have long been called out as “beauty pageants” and “popularity contests,” the 2016 campaign stood out in stark contrast. It was an “ugly pageant” and “unpopularity contest”, as people rushed to the polls to vote against the candidate they hated more. The results were conclusive: “None-of-the-above” would have won in a landslide.

And here we are once again, with the Democratic (sic) Party establishment set on going back to what the voters didn’t want in 2016, and polishing their image as “we’re not as bad as the other guys”, while a Democratic socialist insurgency seeks to “fight the power” and pull the party leftward.

In the midst of this replay of a scenario that handed Trumpism a victory in 2016, there is one candidate who stands out as sane … coherent … courageous … qualified, and on the scene to be of service, and who is ready to bust the divide-and-conquer game that “pits one group of us against the other for their own gain.”

That candidate is Rep. Tulsi Gabbard (D-Hawaii), who served as Bernie Sanders’ campaign manager in her home state, and then resigned her position at the Democratic National Committee over how she perceived Bernie to be cheated out of delegates by the DNC.

We had the opportunity to meet her when she came to speak at the University of San Francisco on March 16th … and we were not disappointed. In addition to calling our corruption that is kept in place by both major parties, she announced herself ready, willing and able to stand up to the military industrial complex, and re-purpose billions of dollars toward the wellbeing of the American people, and not the American empire. Unlike every President since Bush Senior, Tulsi actually served in the military during the Iraq War. Consequently, she has no illusions what war looks like, and she is decidedly against “wars of regime change” and “not intimidated by stars on the shoulder”.

She is better than “plainspoken” — she is “real spoken”, forthcoming about her Hindu faith and the “spirit of aloha” that unites us. Yes, yes, yes. George Burns the cynic put it well: “Sincerity and honesty. If you can fake those, you got it made.”

My BS detector says Tulsi is real — a real person, taking on this mission to be in service to our country and its people, not her ego. I am enrolled in seeing her get the 65,000 individual donations that will qualify her for the debates. I’m betting that if you listen in, you will too.

Tune in if you want to be inspired about the REAL future of politics in this country.