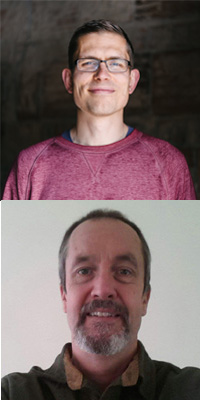 Interview with Arthur Peña and Jacob Hess, Co-Authors (with Randall Charles Paul) of “Inevitable Influencers: Why (deep down) We All Want—and Need—to Persuade Each Other of What We See as Good, Beautiful, and True”

“Q. How do I end an argument with someone I disagree with? A. Tell them, ‘You’re absolutely right. And so am I.’” — Swami Beyondananda

A gay Marxist Spanish teacher and a Mormon mindfulness practitioner walk into a bar – and that is NOT a joke.

Despite seemingly opposite backgrounds, Arthur Peña and Jacob Hess have not only become friends, but also collaborators. And they have done so by boldly speaking their truths with, and listening to, one another. At a time when people are de-platformed and “canceled” for speaking their truth and political correctness is proving itself politically incorrect, how DO we use our differences in a dynamic and transformational way?

My guests this week Arthur Peña and Jacob Hess, are the co-authors along with Randall Charles Paul of an upcoming book, “Inevitable Influencers: Why (deep down) We All Want—and Need—to Persuade Each Other of What We See as Good, Beautiful, and True”. (Wow. What a title. With a title that long, who needs a book?)

Truth, beauty and goodness – as Plato stated and Rudolf Steiner reiterated – are the manifest expressions of love. And while love may be universal, love’s expressions are diverse. And while there’s a part of us who want to pretend these our differences can be glossed over, in doing so we miss out on the power of genuine engagement.

Here is a quote from their book introduction:

Without authentic conversation across our differences— with a genuine (albeit sometimes wary) openness to mutual persuasion—we fear we’ll be missing something very profound and precious. That’s why we argue here for the importance—for the vital necessity even—of “collaborative contestation among rivals” as we sometimes like to call it.

Arthur Peña is a semi-retired teacher of Spanish and English as a Second Language. He has an M.A. in linguistics from the University of Iowa, and a Certificate in Conflict Resolution from Sonoma State University.  Specializing in dialogue between liberals and conservatives, Arthur is a member of the National Coalition of Dialogue & Deliberation, and has organized and facilitated public discussion forums on controversial political issues, as well as a number of ongoing local Living Room Conversations.

Jacob Hess is a mindfulness teacher and writer focused on exploring long-term, sustainable healing from depression. He is on the board of the National Coalition of Dialogue & Deliberation and co-author of “You’re Not as Crazy as I Thought, But You’re Still Wrong” – and has a passion for preserving space for people to disagree sharply, while still loving and respecting each other. He has a Ph.D. in clinical-community psychology from the University of Illinois, Urbana-Champaign.

If you’re curious about how we move we can learn to disagree without becoming enemies, and shift from polite understanding and empathy to dynamic collaboration and “co-resisting”, please join us.

To find out more about their upcoming book please go here.

Go here to see their previous book A Third Space.