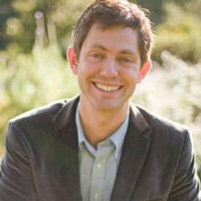 “We need to shift the focus from ‘identity’ issues that keep us divided to the ‘identical’ issues that unite us — clean food, clean air, clean water and clean government.” — Swami Beyondananda

Until now the two-party duopoly has kept us divided by “identity” issues so that we have been unable to unite around “identical” issues, those all of us share in common like clean air, clean water, clean food and clean government.

As more people from both the conservative and progressive “tribes” begin to awaken around the need for unadulterated, nutritious food — and also begin to explore medicine beyond drugs and surgery — there is a new potential for a unifying force that can “overgrow” the misrepresentations by big Pharma and agribusiness.

Our guest this week, Ocean Robbins, is a leading voice in food education and helping the public discern real information from industry “impropaganda”. In doing so, he has found himself working across ideological lines and creating some surprising alliances.

Ocean grew up in a “food family.” His grandfather was co-founder of Baskin Robbins ice cream. His dad, John Robbins was groomed to follow in his father’s footsteps, but chose to walk away from Baskin-Robbins and the immense wealth it represented to “pursue the deeper American Dream…the dream of a society at peace with its conscience because it respects and lives in harmony with all life forms.”

John went on to write nine bestsellers that have collectively sold more than 3 million copies and been translated into 31 languages. His books include The Food Revolution, and the classic Diet For A New America. He is the Founder and Board Chair Emeritus of EarthSave International; and President, and Co-Founder, along with his son Ocean, of the 500,000+ member Food Revolution Network.

Ocean has obviously followed in HIS dad’s footsteps; he has been an activist, organizer and entrepreneur since he was a child. As co-founder of Food Revolution Network, he has helped people choose cleaner and more nutritious foods, regardless of whether they are vegans or omnivores.

In this week’s conversation, Ocean will discuss this burgeoning clean food movement and its potential for connecting us beyond the divide. He will explore both the possibilities for and the barriers to transpartisan engagement around healthy foods and natural medicine, and share some success stories. He will also share some details on the upcoming Food Revolution Summit.