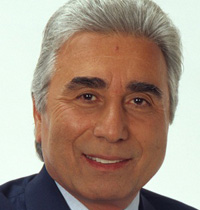 Interview with George Cappannelli, Co-Founder of Age Nation and the “World I Want Collaboratory”

“This is a make believe world … we make what we believe.” — Swami Beyondananda

Something that seems to be true about we humans is, we are a lot more clear – and vocal – about what we DON’T want than what we DO want. Maybe it’s because that to survive, our ancestors had to be hyper-vigilant about anything that could be harmful, and visioning and designing a future different from our past was relegated to the luxury of leisure time. Add to this the programming that we are “sinners” and that creating a world that works is “utopian”, and we can see how we’ve arrived at the brink of a dark, dystopian reality.

But as the Swami says, we have a choice. If we don’t want dystopia, we have to choose “dat-topia” – an alternative where we use our intelligence intelligently and our resources more resourcefully.

The question of the day – if not the century – is, how do we turn the ideal into the “real deal”? How do we cohere a sacred center around the virtues and values our spiritual teachers have extolled for millennia – and that science is now confirming as the optimal operating system for evolutionary thrival?

Our guest on Wiki Politiki this week, George Cappannelli is the co-founder of The World I Want “Collaboratory” to help us design a future worth living into. George Cappannelli is an award-winning author, and an expert on individual, organizational and societal change. An internationally known consultant and coach, he has worked with hundreds of the country’s leading organizations in both the private and public sectors including Boeing, NASA, Sun Micro Systems, The Disney Company, PepsiCo, The LA Times, and the U.S. Navy. He is also an Emmy Award winning television producer/director and co-producer of the new 40-episode Ageless Living Television Series now airing on PBS stations across the country — and he is also an award-winning sculptor.

George also has worked as a political consultant, serving as a campaign manager for Jerry Brown in his U.S. Senate bid in California and as special consultant in 3 presidential campaigns. As a result of his involvement in special projects he has had the opportunity to work with Golda Meyer, Lech Walesa, Mother Teresa and Bishop Desmond Tutu.

He and his wife Sedena have co-authored five award-winning books, and are co-founders of Age Nation, and the new platform and project, the World I Want Collaboratory.

As we find ourselves in a world-wide health crisis where all of humanity is on the same side, George’s mission is to help us be on the sane side as well, seeking ways to turn this crisis into an opportunity and hit “reset” on all human endeavors.

If you’re ready to help reshape and live into a new story of what it means to be human, please join us.

To find out more about George Cappanelli’s work and The World I Want, please go here.