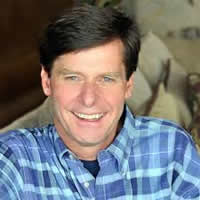 “Putting the pie-in-the-sky ideal into the down-to-earth real deal is where the karma meets the road.” — Swami Beyondananda

A little more than a year ago, I heard author John Perkins (Confessions of An Economic Hit Man) speak, and found one piece of his message particularly heartening. Perkins, as you may know, spent years working for the World Bank selling boondoggle projects to developing nations. His book was an exposé of economic exploitation disguised as “development.” He has since turned his focus to exposing the “death economy” that involves four “E’s” (extraction, exploitation, extortion and yes, extinction) and empowering the life economy based on 4 R’s — renewables, respect for the web of life and human life as well, and redefining “growth” as growth in happiness and wellbeing while using more resourcefulness and fewer resources.

The most heartening statement was this: In corporations worldwide, there is an awakening awareness to this new “bottom line” that reflects what Swami has said: “If we lose the earth, there goes our GDP.”

Steve’s own background, epiphany and transformation make him the perfect convener for this new initiative. He co-founded and led two high growth technology companies based in Silicon Valley in the 1990’s that were featured in INC 500 Magazine. His companies included some of the brightest minds in the technology corridor. Steve walked away from the Valley because he felt a deeper calling, a calling to transform an emerging vision into reality. At its core, it was about a shifting paradigm where business attunes to the interconnection among all stakeholders, including stockholders, employees, and the community, as well as with the sacred inherent in all life.

Join us this week as we discuss the why, the what, the who and the how of the role business can play in helping us “live into” the simple prescription Joe Simonetta offered on last week’s show: Be healthy, be kind, respect the environment.

As Director of Humanity’s Team, sponsor of Global Oneness Day, Steve Farrell will offer plenty of examples of how this theme and meme of “oneness” is helping to reorganize the business world around this evolutionary idea.