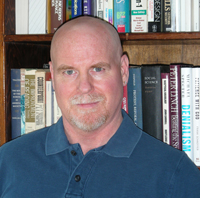 “On class warfare: The war on poverty is over. The poor people all have surrendered.” — Swami Beyondananda

In the wake of Hillary’s DOA campaign for President in 2016, there were two conflicting “autopsy” reports. Those who supported Bernie maintain that Hillary was such a turn off that many disgusted young voters stayed home, voted for Jill Stein, or even switched teams to vote for Trump. (Yes, I do know some who voted for Bernie in the primaries, Trump in the general election.)

Then there are the Hillary supporters who are enraged at those who failed to rally behind Hillary, laying the atrocities of the Trump regime squarely at the feet of the “Bernie or bust” crowd.

Maybe instead of asking, “Who’s right?” we might want to ask, “What’s wrong?”

Berniecrats maintain that the 2016 election was a forum on the status quo, and Hillary and neoliberalism represented the status quo that put 40% of Americans one paycheck away from financial disaster, and put the middle class on the endangered species list. These people maintain that Bernie could have and would have won in 2016, because he offered a welcome change. He stood for something, and he actually activated a movement. He represented those of us who were fed up with the corporatocracy and oligarchy.

And now, as we get ready for the 2020 primaries … the Bernie or Bust folks are out in full force. Our guest this week, Victor Tiffany, who calls himself a political revolutionary literally wrote the book on Bernie or bust … in fact the book is called “Bernie Or Bust: Pioneers of Electoral Revolt” and lays out what he calls IRIS (Independent Revolutionary Integrated Strategy) that explains why some key groups of voters would vote for Bernie, but not recycled Hillary, like Biden – or even Elizabeth Warren (who incidentally endorsed Hillary during the 2016 primaries).

Victor has an MA in the Social Sciences from Binghamton University, was active in the nuclear freeze campaign in the 1980s, and after the Citizens United v FEC decision he became active in the movement to amend the Constitution to overturn that and all related decisions. He became senior columnist for the Amendment Gazette, and wrote for the Syracuse (NY) Progressive Examiner. While studying the illegitimate Supreme Court decisions that granted the rights of individuals to associations and established the doctrine that money spent on electioneering is protected by the First Amendment, he became aware of how far from the Framers’ vision the United States has become. He resides in Danby, NY.

While most Democrats I talk to – and even some Republicans –say the most important goal of the 2020 election is to remove Trump and Trumpism from office, Victor maintains that electing Bernie is more important than stopping Trump.

Whether you agree or disagree, or whether you’re agnostic on the topic, this will surely be a lively and enlightening conversation.

To find out more about Victor Tiffany and Bernie or Bust, please go here.