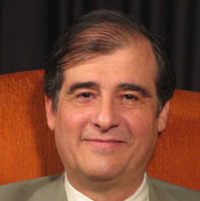 An Interview with Author and Integral Activist Byron Belitsos

“Donald Trump and Q-Anon were made for each other: The super-duper duper meets the super-duped.” — Swami Beyondananda

It’s been a paradox that “rational” observers have been puzzling over for nearly five years now. Why is it that so many Christian fundamentalists have gone gaga over Donald Trump, who seems to have embraced every one of the seven deadly sins as virtues? As the joke goes, Trump’s greatest asset is his liability – ability to lie – and yet many of Trump’s Christian followers find “truth” in his false statements.

Our guest this week, Byron Belitsos, was a journalist on site at the January 6th MAGA demonstrations and storming of the Capitol. He took photos, and informally interviewed dozens of people. He came away with a deep understanding of why people were there, and also of the Q-Anon phenomenon, and Evangelicals’ affection for Donald Trump. What were the real concerns these people had that the mainstream press isn’t talking about? What is the relationship between Trumpism and Christian Apocalypticism?

Byron Belitsos is an author, editor, journalist, and book publisher (OriginPress.org) as well as an experienced political activist and advocate of integral politics. He is also a practicing mystic and theologian, who has spent the past two years studying at Union Theological Seminary. Byron has been politically active since 1969 in a variety of venues and contexts, and became an early pioneer in the deep politics movement, working closely with David Ray Griffin, Jim Marrs, Bill Pepper, and Catherine Austin Fitts. He was the founder and CEO of Origin Press, where he published numerous award-winning books. He was also a board member of the Democratic World Federalists, and was coauthor of the acclaimed book One World Democracy (2005). He is the coauthor and publisher of A Return to Healing: Radical Health Care Reform and the Future of Medicine (2009), which won a Nautilus Gold award. Belitsos is also the author or co-author of six books on religion and spirituality including Your Evolving Soul (2018) and the forthcoming Integral Theodicy.

If you are looking to understand Trumpism – both its toxic aspects, and the truths it is seeking to bring to the surface, please join us.

Byron can be reached at: <byron@originpress.com>