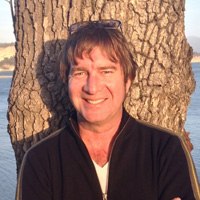 Interview with Music Mythologist Steve Wagner, author of “All You Need Is Myth: The Beatles and the Gods of Rock”

“Of course love is more powerful than fear. Otherwise we’d be singing ‘All You Need is Fear.” — Swami Beyondananda

So … where might we go to find such a story?

Hint: All you need is love.

Our guest this week, “music mythologist” Steve Wagner offers an interesting and compelling thesis: That during the latter half of the 20th century, mythology “came alive” as the ancient archetypes cited by Joseph Campbell emerged through the Beatles, and other rock icons like the Stones, Elvis, Dylan, Joni Mitchell, Jim Morrison, the Who and Brian Wilson.

Unlike ancient and traditional mythologies, based on story and faith, here were real flesh-and-blood contemporaries who brought these archetypes to life, and gave us purpose and meaning. Consider that Bill Clinton’s 1992 campaign song was Fleetwood Mac’s “Don’t Stop Thinking About Tomorrow.” (I suppose if the current administration had to pick a Fleetwood Mac theme, it would have to be “Tell Me Lies”, right?)

Mythology – from Greek to Nordic to Celtic to Indigenous – has always provided a stage for darkness and light to dance together. Can the modern mythos of rock culture help us shine a light on the current darkness?

Join us and find out!

Steve Wagner is a veteran San Francisco media personality, and member of the San Francisco Film Critic’s Circle. He was co-host, writer, and executive producer of the Bay Area television programs Reel Life and Filmtrip, reviewing over 1,000 films and interviewing over 300 actors, directors, writers, and musicians. In the 1980s, he was singer and guitarist of the Backsliders, a touring rock band that performed over eight hundred shows and opened for numerous national acts. For a decade, Steve was a director of the San Francisco Art Exchange, a gallery specializing in rock & roll photography and original album cover art. He brokered sales of many of the world’s most famous album cover original artworks, including Pink Floyd’s Dark Side of the Moon.

Steve has ghostwritten or collaborated on several published books, contributed articles on music, film, and popular culture to numerous publications, and presented lectures and workshops on music, art, and mythology in Los Angeles, San Francisco, Seattle, St. Louis, and Boston. His book All You Need is Myth: The Beatles and Gods of Rock (Waterside, 2019), a study of the classic rock era through the lens of classical mythology, is the product of ten years of research and composition.

If you’re curious how the Beatles and other “Gods of Rock” brought ancient mythology to life – and how this living mythology can inform our purpose in challenging times, please tune in.

To find out more about All You Need Is Myth, please go here: http://allyouneedismyth.com/