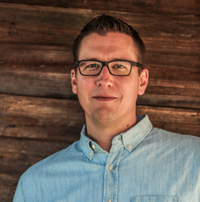 “There are no sides only angles, and when we see it from the right angle, we are all on the same side.” — Swami Beyondananda

The Presidential Campaign has often been characterized as a popularity contest, and a beauty pageant. However, if we think back to the 2016 campaign, featuring two of the least-liked candidates in history, it might better be called an unpopularity contest and an ugly pageant. Indeed, as my wife and I traveled the country that summer, the question everyone was asking was, “So … who are you voting against?”

Now four years later, not much has changed. We are facing a contest between a candidate who has sold his soul to the devil – and another who is just renting his. Now I exaggerate, but not much. When every four years, the voter is forced to choose whichever they perceive is the “lesser evil,” they are still voting for an evil at worst, an unsatisfactory choice at best.

And yet, most Americans – and 90% of millennials – are clamoring for an alternative to this two-party polarity that keeps dysfunction in place. Our guest on Wiki Politiki this week, Joel Searby, has been treading this middle ground. In 2016, he managed Evan McMullin’s independent campaign for President. McMullin – a never-Trump Republican — did manage to get 21% of the vote in his home state of Utah. Since that time, Joel Searby has worked on several campaigns for independent candidates who are both dedicated to reform and working across party lines.

Joel Searby is a veteran consultant with over 10 years’ experience in the realm of political campaigning, government affairs, corporate and non-profit strategic planning, leadership development, and faith-based initiatives. Joel has worked with campaigns and organizations across a wide spectrum of sizes and resources – from local candidates for office to managing a presidential campaign and from small trade associations with a few thousand members to some of the largest with over a hundred thousand members and multi-million dollar budgets.

He and his wife Jen spent 6 months of their first year of marriage living in Santiago, Chile serving with a church plant and working with young mothers, kids, drug addicts and others in a rough part of the city. Both are fluent in Spanish and have traveled extensively in Central and South America.

So, the question is … is there a sane and sacred center in America? Can we work together, as most Americans seem to want? How do we reform or reformulate a system that has been consistently resistant to change? How do we assert our political will when faced with a binary choice … the evil of two lessers? And how do we assert political will in between elections so that we have better choices?